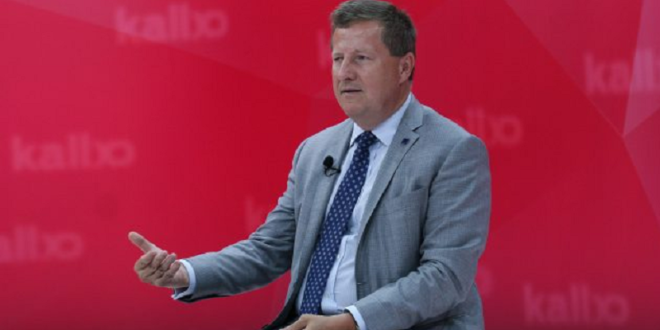 Kosovo Must be Patient Over Visas – EU Representative Says

In an interview with BIRN, Tomas Szunyog, said EU members are still divided over visa liberalization – and Kosovo must meantime push on with reforms tackling corruption, pollution and minority rights.
The EU’s Special Representative for Kosovo, Tomas Szunyog, told BIRN in an interview that he understands the frustration of the Kosovo public about the drawn-out visa liberalisation issue.

“The situation is not positive [and] I hope that it will be solved quite soon,” he told BIRN in an interview.

Szunyog reiterated that the process led by the European Commission had concluded that Kosovo had met all of the conditions for visa-free travel into the EU’s passport-free Schengen zone.

But the decision now rests with the European Council, which is made up of the foreign ministers of each of the 27 EU member states – and there is still no consensus in the Council on removing visa requirements for Kosovo citizens.

The Czech diplomat told BIRN that the Council makes decisions based not only on the European Commission’s findings, but also on experts advising the 27 ministers.

“Some of those experts are not persuaded that the European Commission evaluation was done correctly,” he said.

Szunyog denied that the visa liberalization issue was being used as a “carrot” in the EU-led Kosovo-Serbia dialogue, describing the two as completely separate processes. He added that Kosovo needs to continue to focus on the criteria set out by the European Commission.

“Some of those criteria remain and require constant attention,” Szunyog told BIRN.

“Let’s say those criteria are a track record on fighting organised crime and corruption. This is something which is not just one thing fulfilled five years ago. This needs constant attention.”

‘No excuses’ over Serb Municipalities’ Association

The EU ambassador refused to predict when visa liberalisation may be granted, but stated that a positive decision would be more likely if Kosovo does its homework.

Turning to the stalled dialogue with Serbia, Szunyog welcomed the formation of a Kosovo government likely to serve its full term, with a solid parliamentary majority.

“There is no excuse that things cannot be delivered because the majority in parliament is not there,” he said, adding that he is “pleased that we have a government which is active in the dialogue, and raising its own issues and agenda.”

The EU Special Representative went on to defend the achievements of the EU-facilitated dialogue, pointing to successes in integrating minority Serbs into the Kosovo Police, and the establishment of the Common Crossing Point at Merdare.

He also denied that pressure was not being applied to the Serbian side to implement agreements.

He argued that in some cases, it was Kosovo that had failed on implementation, citing an issue over car registration plates that violated the 2013 Brussels agreement.

“The car plate agreement said Kosovo should be using those Kosovo plates until September this year,” Szunyog told BIRN.

“The previous Interior Minister unilaterally cancelled this obligation and decided that all Kosovars may use only Republic of Kosovo plates, which was a clear violation of the agreement.”

He also defended the practical nature of the talks, recalling that today’s EU grew out of the European Coal and Steel Community.

European Integration had “started with very practical issues of economic cooperation, trade, [and the] common use of natural resources like coal and steel,” he noted.

One of the big stumbling blocks in the dialogue has been the [non]formation of an Association of Serb-Majority Municipalities, which was a key part of the 2013 Brussels Agreement.

The principles for the formation of the association were agreed in 2015, but were later declared contrary to the spirit of the constitution by Kosovo’s Constitutional Court.

But Szunyog was keen to stress that the court’s decision did not declare that the association could not be formed, nor did it void obligations from the 2013 agreement.

The EU Special representative added that a working group to draft the statute of the association of established by a previous government still exists, and that from his perspective, the Kosovo government should just implement its own laws.

Szunyog stressed that he was not suggesting any specific method for establishing the association.

He stated that the EU would not automatically reject something similar to a National Minorities Council, comparable to the bodies formed in Serbia for ethnic non-majority communities, as Kosovo Prime Minister Albin Kurti suggested in Brussels in June.

“I would say, first of all, we need to see more details for this proposal. It was presented in one sentence and we need to see more,” he said. “The second thing is that if this is something which is in the context of the agreement from 2013, then why not?”

The ambassador also reiterated the maxim of Miroslav Lajcak, the EU’s Special Representative to the dialogue, that “nothing is agreed until everything is agreed” regarding a comprehensive agreement between Kosovo and Serbia.

The municipal association “is part of that [comprehensive] agreement”, he said.

“If it is proposed and agreed as a text, it would not be operational and would not be requested to be implemented until the whole deal is signed.”

In his interview with BIRN, the EU Special Representative also addressed a number of domestic issues within Kosovo, including the ongoing fight against corruption and environmental issues.

In terms of tackling corruption, Szunyog highlighted the failure of the courts in Kosovo to use legislation that allows the confiscation of property following a criminal conviction, which was introduced in 2018.

“We are disappointed that this very good, modern, new law, which is fully compatible with the EU ‘acquis’, is not being used,” he said. “If you look at the level of confiscated property it is very low. The first step is to start using existing legislation.”

In terms of oversight of the judiciary, Szunyog stated that the system deployed to assess the integrity and performance of prosecutors and judges must start becoming more functional, adding that a good system exists but is not being used properly.

He added that a new vetting system, as promised by now governing Vetevendosje party in the most recent election, would not add much to what is already in place, and would also be slow and difficult to implement.

As for the environment, Szunyog stated that the EU’s position is clear on opposing coal-based energy sources – there is no way it can support it, and no European bank would fund it.

“There is no future for coal in the long-term perspective,” he said.

“What we are talking about with the government is how to transit from a coal-based energy system to a new one. We understand that the reality in Kosovo is that 97 per cent of electricity is generated by coal power plants, which has effects on the environment, but also on the health of the population.”

The ambassador stated that, so far, he has not seen a “green” policy emerging in Kosovo, but acknowledged that the Prime Minister, President and other government figures seemed willing to engage. However, he added, there is still work to be done across the board for a greener future.

“There needs to be a push for energy efficiency and savings, that’s important,” Szunyog told BIRN. “There also needs to be more educational campaigns [towards] individuals, as this is also an individual responsibility.” 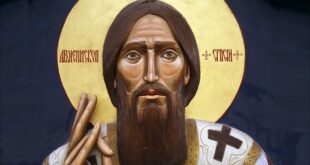