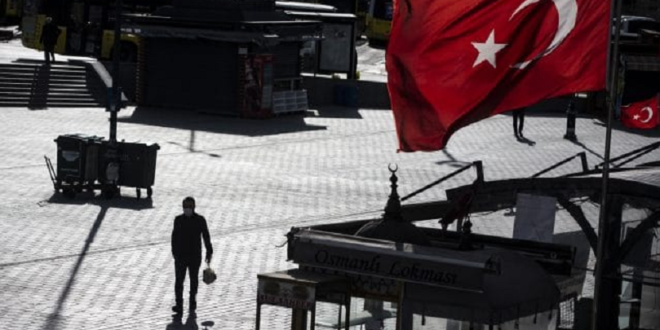 North Macedonia has spent two years resisting Turkey’s demands for the handover of Turkish nationals it accuses of ties to ‘terrorism’. But Ankara is not giving up.

Turkey’s demand for the handover of 86 alleged followers of the man its accuses of masterminding a failed 2016 coup has intensified a diplomatic standoff with North Macedonia, forcing Skopje to weigh human rights concerns against the importance of its relationship with Ankara, experts say.

North Macedonia had so far resisted a 2019 demand for the extradition of 15 alleged ‘Gulenists’, but last month Turkey’s ambassador to Skopje, Hasan Mehmet Sekizkok, said Ankara would not give up and announced it was now seeking the handover of 86 – 20 via extradition and the rest by deportation.

Turkey was a strong supporter of North Macedonia’s accession to NATO and the two countries enjoy good political, economic, cultural and military ties.

Post Views: 292
Previous Slovakia Grapples With the ‘Big Business’ of Disinformation
Next Kosovo Must be Patient Over Visas – EU Representative Says