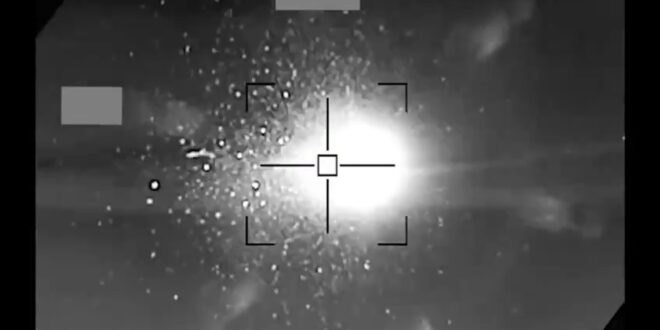 “The Houthi militia deliberately targeted civilians and civilian infrastructure. We are dealing with the threats firmly to protect civilians from hostile attacks,” the Arab Coalition said in a statement.

The latest attack on the southern city of Khamis Mushait comes more than a week after a hostile attempt by the Iran-backed Houthis to attack a Saudi commercial vessel with a drone was thwarted.

The Yemeni government, backed by Saudi Arabia, has repeatedly expressed its willingness to see an end to the yearslong war, which has resulted in one of the worst humanitarian catastrophes in the world.

But the Houthis have refused to engage in ceasefire talks. The Houthis have rejected a meeting with the UN special envoy for Yemen, escalated an offensive on one of the final government strongholds in the north of Yemen and continuously attack Saudi Arabia with bomb-laden drones and missiles.

Post Views: 193
Previous Viktor Orban Has Gone From Outlier to Precursor
Next 69 Hamas members sentenced to prison in Saudi Arabia