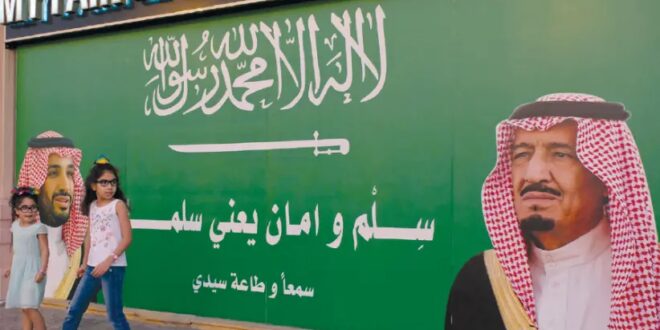 The men were arrested three years ago and accused of affiliation with a terrorist organization and raising funds on its behalf.

Hamas has expressed “shock” at the ruling issued by a Saudi court against a large number of Palestinians and Jordanians residing in the Kingdom.

According to Hamas, 69 of its Palestinian and Jordanian members and supporters were sentenced by a Saudi court on Sunday to prison terms ranging from three to 21 years.

“These brothers did not commit what necessitated these harsh and unjustified sentences, as well as trial,” Hamas said in a statement. “All they did was support their cause and the people to whom they belong, without any offense to the Kingdom and its people.”

Hamas welcomed the court’s decision to acquit some of the defendants, but said it “deplores the harsh and undeserved sentences against most of them.”

Hamas called on the Saudi leadership to immediately release the men “and end to their suffering and the suffering of their families, which has been going on for more than two years.”

The court verdict came after a three-year detention of 69 detainees in Saudi prisons, including the 80-year-old representative of Hamas in Saudi Arabia, Dr. Muhammad al-Khudari, who was sentenced to 15 years in prison.

According to Amnesty International, al-Khudari had undergone surgery and was being treated for prostate cancer when the Saudi authorities arrested him and his son, Hani, on April 4, 2019.

The Saudi authorities prevented the detainees’ relatives from attending the courtroom in which the sentences were pronounced, except for one person from the family of each detainee.