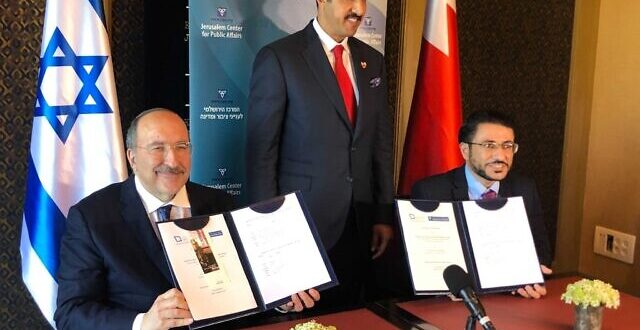 Bahrain’s Undersecretary for International Relations Abdullah bin Ahmad al Khalifa says during a visit to Israel that Bahrain hoped that the 2015 Iran nuclear deal would change Tehran’s behavior in the region, but instead it has brought about “more crises and violence.”

“Was there any good result that we have come out with? For us, we haven’t seen it. On the contrary. The JCPOA has fueled crises across the Middle East,” Khalifa says during the signing of a memorandum of understanding between the countries in Jerusalem, referring to the nuclear deal by the acronym of its official name.

He adds that the deal “has caused more instigation and extremism in many different regions across the Middle East.”

He also indicates that Bahrain blames Iran for recent attacks on civilian shipping in the Gulf of Oman, saying: “There’s a certain trend in Iranian behavior.”

Khalifa also says there will be direct flights between Manama and Tel Aviv within a year.

He says that Israel can expect a “surprise” on September 15, the first anniversary of the Abraham Accords.