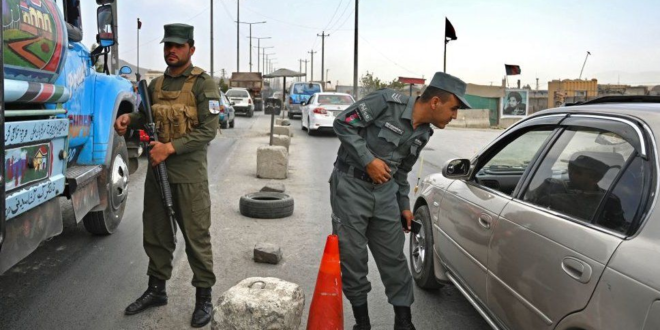 The Taliban have moved closer to retaking full control of Afghanistan, with the capital Kabul now the only major city left in government hands.

On Sunday the militants took control of Jalalabad, a key eastern city, without a fight.

It means they now control all roads to neighbouring Pakistan.

Correspondents in the capital say there are queues at the airport with people trying to flee, and some shops and government offices have been evacuated.

The Taliban has ordered their fighters to stay at entry points to the capital, urging people to stay in the country.

Talks with senior officials in President Ashraf Ghani’s government on a peaceful transfer of power continued, its statement said.

What happened in Jalalabad?

Reports on Sunday morning said the Taliban overran the city, the capital of Nangarhar province, without a shot being fired.

“There are no clashes taking place right now in Jalalabad because the governor has surrendered to the Taliban,” a local Afghan official told Reuters news agency.

“Allowing passage to the Taliban was the only way to save civilian lives.”

Journalist Tariq Ghazniwal tweeted images that appeared to show the provincial governor handing over control to the Taliban.

The capture of Jalalabad means the Taliban have secured the roads connecting the country with Pakistan.

He says people are withdrawing money from ATMs, the Green Zone, where diplomatic missions are based, is emptying out, and flights out the country are fully booked.

Part of the Taliban’s tactic seemed to be to have fighters already within cities incognito.

“The Taliban is not sending in armoured columns to take Kabul, they are already in the city… ready to pop up. That’s what happened in other cities like Herat, where fighting suddenly started from within the city centre,” Trofimov said.

More than a quarter of a million people have been displaced by the fighting and many have sought refuge in the capital.

Some who had fled areas controlled by the Taliban said militants there were demanding that families hand over unmarried girls and women to become wives for their fighters.

Muzhda, 35, a single woman who fled from Parwan to Kabul with her two sisters, said she would rather take her own life than let the Taliban force her to marry.

“I am crying day and night,” she told AFP news agency.

Women from Taliban-held areas have also described being forced to wear burkas – one-piece veils that cover the face and body – and militants are reported to have beaten people for breaking social rules.

One 17-year-old, named as Abdullah, told AFP news agency that he and his family had fled the northern city of Kunduz after it was seized by the Taliban and were now sleeping under a tent in a Kabul park.

He said he and other youths in Kunduz had been forced into carrying rocket-propelled grenades and other munitions for the militants.

In a pre-recorded TV address on Saturday, President Ghani said a priority was the remobilisation of the Afghan armed forces to prevent further destruction and displacement of people.

The speech came amid speculation by some that Mr Ghani might have been about to announce his resignation.

Post Views: 438
Previous ‘If the Taliban find me, they will kill me and my family,’ says abandoned Afghan interpreter
Next Desperate Afghans Fall From Sky After Clinging to Plane Leaving Kabul