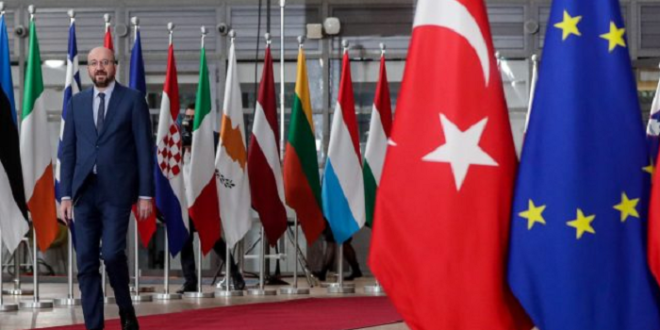 Relations between Brussels and Ankara – already strained by earlier crises over refugees – face an even bigger test as the number of Afghans fleeing westwards rapidly increases.

Thousands of refugees, mostly from Afghanistan and some other Asian countries, passing the Turkish-Iranian border, make regular new headlines in Turkey.

A debate was started after the opposition parties criticized the government of President Recep Tayyip Erdogan’s over its migration policy and agreement with the European Union.

Opposition parties say Turkey already hosts nearly 4 million refugees and cannot take any more, but that the EU wants Turkey to take in yet more in return for money that the government desperately needs.

“Brussels has a plan to bribe Turkey to keep refugees from Afghanistan away from Europe. Estimates shows that there is a risk of 500,000 or a million Afghan refugees [coming],” Kemal Kilicdaroglu, leader of the main opposition Republican People’s Party, CHP, said on July 25.

The debate heated up again after Austrian Prime Minister Sebastian Kurz told German media outlet Bild on July 26 that Turkey was a “more suitable place” to host Afghan refugees than either Germany, Austria or Sweden.

The Turkish Foreign Ministry slammed Kurz’s remarks, but the harshest response again came from the opposition.

“The tactless Austrian Prime Minister said: ‘We will give you money and the Afghans will stay in Turkey. ‘We can give you 3 billion euros and so you can take them all,’” Meral Aksener, leader of the junior opposition Good Party, said on July 27.

While the refugee issue has become a hot topic in Ankara, experts say Turkey’s migration policy is obviously failing and that a more comprehensive agreement on refugees between the EU and Turkey is needed.