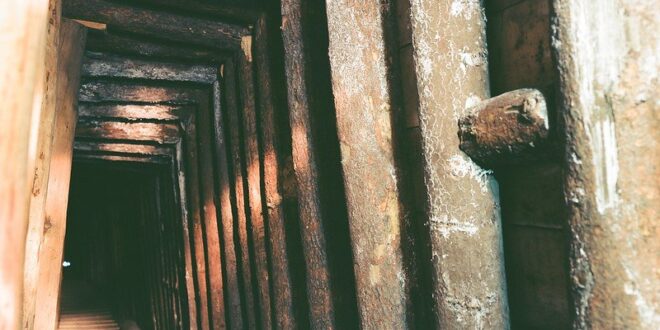 Ghost Canaries in the Amerikaner Mine

Being a radical Leftist of the communist kind has curiously inoculated me from the “brocialist” economism and intimately related class reductionism that disfigures some key parts of the American left, such as it is. It’s not just that there’s no room for downplaying the problems of racism and sexism in genuinely radical politics or that you cannot seriously expect to recruit women and people of color to the cause of the proletarian socialist revolution if you don’t acknowledge their specific experience and oppression. It’s also that a seriously radical Leftist commonly experiences a type of ghost-like invisibility and automatic marginalization that is not unlike what women and people of color regularly report from their experiences in workplace and society. It’s as if you don’t exist. Our invisibility, our ghost-like status, is something like a law of American political culture, no matter how correct and clairvoyant our analyses and commentary. It’s deadly.

Call me one of the unheard leftist canaries in the capitalist, imperialist, and fascist mines. I started warning in published essays that Barack Obama was a disastrous, deeply conservative neoliberal imperialist as early as the summer of 2004. My judgement was based on years of close observation in Chicago and Springfield (the state capital of Illinois) and no small amount of empirical research on Obama’s unseemly life and career.

All kinds of people, including liberals but also many on “the left,” didn’t want to hear it. It was too contrary to the Obama branding project, with its bright overlay of superficially anti-racist bourgeois identity politics. And so, the critique was not seriously heard outside marginal venues.

Even on the supposedly radical Left, gatekeeping was enforced. After I published a heavily researched, fully documented book (with ringing endorsements from Noam Chomsky, John Pilger, and Adolph Reed, Jr.) on “the empire’s new clothes” Obama, Amy Goodman cancelled me with half an hour to go from a scheduled December 2008 Democracy Now! appearance. I would have laid out the future course of the Obama presidency, including its aftermath: a dangerous right-wing white-nationalist presidency emerging in the wake of the horrific demobilizing impact of Clint-Obamanism. Not that I would have bent the arc of history with one appearance on a television show relegated to the margins of bourgeois America.

My early take on Obama was shared by a hardy but too-small cadre of Left analysts including the late leaders of Black Agenda Report Bruce Dixon and Glen Ford. Adolph Reed, Jr., called out the “vacuous to repressive neoliberal” Obama fraud as early as January 1996, just as the future president’s political career was beginning. It was richly born out early on and across his militantly nauseating neoliberal and imperialist presidency. (Incidentally, I was considered unbalanced for thinking as early as December of 2006 that Obama was likely to become the next POTUS). Other Left writers and I got zero credit beyond our own marginalized networks for calling the Obama nightmare early on, before it went down. We were invisible, or close to it, beyond our media and political ghetto.

That’s the standard, everyday “cancel culture” you don’t hear much about.

I started describing Trump as a fascist and warning that he could become president (though I confess that by the summer of 2016 I foolishly thought Trump would lose the general election) well before his 2016 election. Good for me. So what? Who cares? So did other officially invisible Left thinkers including the prolific social critic and educational theorist Henry Giroux, who wrote the following in his 2016 book America at War With Itself:

Rejecting Obama’s call for Americans to rally behind a next president he privately knew to be a fascist (Obama’s private description of Trump to Tim Kaine and Hillary Clinton in October of 2016) because “we’re all American’s first,” I participated in an anti-fascist stoppage of traffic on Interstate 80 north of Iowa City on the Friday after the orange monster was elected. I was in the streets and public squares calling for Trump’s removal with Refuse Fascism (which was formed right to demand Trump and Pence’s removal from power after the 2016 election) by 2018. I wrote numerous essays describing and analyzing the obviously fascist Donald “Camp of the Saints” Trump presidency and movement as, well, fascist from 2017 through 2021. (Starting in 2018, I tried without success to get this research published in a book collection with a draft preface warning of how Trump would try to subvert and nullify the 2020 election.)

So what? This clearly accurate assessment (again, hardly mine alone) provoked endless rash and arrogant criticism (“hysterical,” “Trump derangement syndrome,” “you’re a liberal” [LOL], etc.) on the mostly useless US left, not to mention from liberals and the right. People didn’t want to hear it. They knew better.

In October of 2020, four and half years after Adam Gopnik explained how and why Trump and Trumpism were fascist(no prefixes required) in The New Yorker, three-plus years after Charlottesville, months after Kenosha and Trump’s deployment of unmarked paramilitary storm troopers to attack civil rights and social justice protesters in Portland, Oregon, VOX published a monumentally idiotic essay in which seven of eight (excepting only the brilliant Yale philosopher Jason Stanley) officially designated academic “fascism experts” (mainly European historians with no expertise on contemporary US politics and society) explained that Trump and Trumpism were “not fascist.” Dylan Matthews, the VOX writer assigned with this moronic intervention kept up this absurd game (with a thankfully reduced cast of ivory tower fascism specialists willing to play along) eight days after the fascist Capitol Riot, when 8000 or so of Trump’s most demented minions engaged in mass political violence to advance racial nationalist goals in trying to nullify a presidential election their Dear White Nationalist Leaders clearly lost.

Now neocon David Frum and liberals Joy Reid and Mary Trump and numerous other mainstream thinkers have determined in the summer of 2021 that Mary’s uncle and Trumpism are fascist and that it matters to properly identify the disease. The former US House impeachment manager and highly intelligent US Congressman Jamin Raskin (D-MD) called the January 6th Capitol Rioters “fascist traitors.”

Well, good on them, more than five years after Trump rode down the Trump Tower escalator behind his fascist trophy frau to accuse Mexicans of being rapists and murderers and to proclaim himself the sole savior and restorer of a once- great white nation stabbed in the back by criminal liberal and left miscegenation advocates (okay, I filled in a few missing Trump statements there).

In the background as I began this essay, I could hear Joy Reid say something interesting while discussing Donald Trump’s fascism with Mary Trump on MSNBC. Reid was dismissing the “meaningless” absurdity of how the right uses the terms “Marxism” and “socialism” – “whatever those terms mean,” Reid said – to smear Democrats Reid was right, of course, to note the absurdity of calling corporate and imperialist (Reid would say “moderate”) Democrats like Joe Biden and Nancy Pelosi socialists (false conflation of moderates and liberals with socialists is key hallmark of fascist politics, incidentally), but she clearly shared the right’s sense that a Marxist, socialist, and/or communist is an awful and stupid thing to be.

And that’s messed up, especially in a discussion of how Trump and Trumpism are fascist. For serious inquiry would reveal that radical Left thinkers and activists (within and beyond Refuse Fascism) had Trump’s fascism properly identified from the start, well before the light bulbs went off over Ms. Reid’s head (and earlier over the heads of her fellow MSNBC hosts Chris Hayes and Medhi Hasan). Imagine that. They also had this neofascism properly understood as the predictable consequence of – as rooted in – the inner workings and tensions of modern capitalism and “bourgeois democracy” (the mine in which us ghost canaries sing).

That’s because the contradictions of bourgeois democracy and the capitalist-imperialist order it reflects give rise to a recurrent intra-capitalist conflict between those preferring Class Rule Door # 1 and Class Rule Door #2. Door #1 cloaks the underlying de facto class dictatorship of imperial capital with outwardly democratic, representative and parliamentary forms. Door #2 ushers in open authoritarianism, dictatorship, with rampant racial and ethnic othering, and the embrace of political violence – in a word, fascism. When push comes to shove under the constant anarchic and many-sided chaos and savage, democracy-disabling inequality inflicted by capital’s endless (inherent) de-stabilizing and competitive, growth-addicted and life-commodifying struggle for profits, the logic of authoritarianism and indeed fascism is constantly pressed to the front of ruling class minds. But of course, this kind of language (using dreaded phrases like “capitalism,” “ruling class,” “imperialism,” and “bourgeois” – imagine!) – elementary for the basic understanding of ongoing modern history – sets know-it-all eyes rolling among Ivy League graduates like Reid, Raskin, and Barack Obama. They “know better” than to fall into such supposedly “extremist” and outmoded “radical cant.”

Don’t get me wrong. It’s good that Joy Reid and Jamie Raskin can say fascism now. As they can never admit, we must overthrow the whole capitalist system (which pays for Congressional campaigns and the commercials that make Ms. Reid a multimillionaire) to end the fascist menace and the arguably even greater menace of ecocide. Still, it’s helpful not to be getting rounded up in stadiums and tossed out of helicopters or shot in the back of the head while trying to organize for that overdue revolution.

And we need all the help we can get in fighting an Amerikaner fascism problem that is clearly not going away. Quite the opposite, in fact: the fascistization of America is an ongoing process that remains very much underway at this very moment. That’s the topic of my next essay – more canary songs from a radical ghost in the mineshafts of white supremacist American authoritarianism. Look for it this weekend.

In the meantime, let me inaudibly say that the banning of actual radical Left intellectuals from public discourse is dangerous for the whole society and world. Because of their scientific, that it is to say, historical-materialist standpoint, which lets them demystify past and present by getting to, the underlying root of things, it is Marxists, some left anarchists, socialists, and communists who have long gone the furthest when it comes to understanding and commending on the main currents of American history and politics. These supposedly scary people have insights essential to democracy, the common good, and human survival. More people might want to start listening before it’s too late.