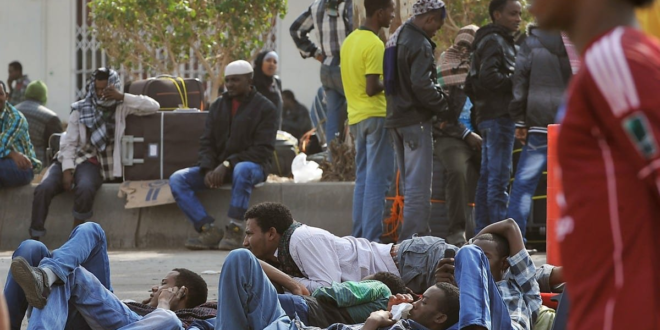 Leaks about the Saudi authorities’ request from local employers in the kingdom’s southern governorates to dispense with their Yemeni workers have raised fears of the imminent deportation of hundreds of thousands of Yemenis residing in these areas.

A leaked “Classified” document was reported by local sources to have comprised a request by the local authorities to business owner in the governorates of Jazan, Aseer, Al-Baha and Najran, to “transfer their existing Yemeni workers to other branches outside these provinces, or employ them in other companies.”

Those companies could fire these workers, cancel their residencies, and deport them within a four-month period, provided that Saudi employees or those of other nationalities assume their duties.

The sources added that the document had included an order of “not only terminating their [Yemenis] work contracts, but also preventing them renewing their housing contracts in these areas.”

Activists warned that some 800,000 Yemenis in the southern Saudi governorates face a “threat of deportation, despite the ongoing war.”