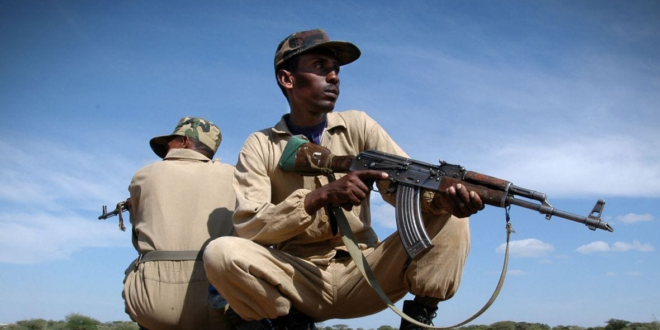 Sudan yesterday renewed its demand to replace the Ethiopian forces in the United Nations Interim Security Force for Abyei (UNISFA) in the disputed Abyei region on the South Sudan border with multinational forces.

This came during a meeting of the Security and Defence Council (the highest security body), according to a statement issued by, of which Anadolu Agency correspondent obtained a copy.

Khartoum’s demand to withdraw Ethiopian forces from the Abyei region comes in light of a dispute between Sudan and Ethiopia over border areas, in addition to disagreements over the Grand Ethiopian Renaissance Dam on the Blue Nile, which is the Nile’s main tributary.

A statement issued by the Sovereignty Council of Sudan quoted Defence Minister Yassin Ibrahim Yassin as saying that the council “discussed the situation and future of the UNISFA forces in Abyei as well as Sudan’s continued demands to replace the Ethiopian forces with multinational forces.”

“We affirm Sudan’s consistent position on the necessity of maintaining the UN mission with the presence of multinational units, provided that Ethiopia is not part of its formation.”

On 28 April the Sudanese Foreign Minister, Maryam Al-Sadiq Al-Mahdi, demanded the withdrawal of the 4,000 Ethiopian forces from the UNISFA.

Founded in June 2011, the UN body is tasked with monitoring tension between Sudan and South Sudan and has the authority to use force to protect civilians and humanitarian workers in the Abyei area.

The oil-rich Abyei region received a special status under the Comprehensive Peace Agreement (CPA) signed between Khartoum and Juba on 25 September 2003.

The area is considered a bridge between northern Sudan, where the Arab Messiria tribes live, and its south, home of the African Dinka tribes.

Ethiopia is building a $5 billion dam near the border with Sudan it says will provide the country with much-needed electricity and economic regeneration but which Egypt and Sudan believe will restrict their access to Nile waters.