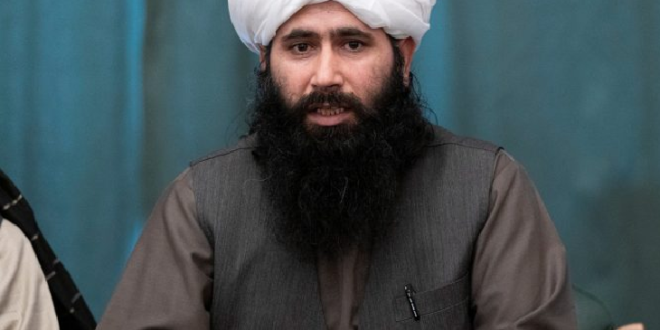 Taliban Says the ‘War is Over in Afghanistan’

The spokesman for the Taliban‘s political office told Al-Jazeera Mubasher TV on Sunday that the war is over in Afghanistan and that the type of rule and the form of regime will be clear soon.

Spokesman Mohammad Naeem said that no diplomatic body or any of its headquarters was targeted, saying that the group assures everyone it will provide safety for citizens and diplomatic missions.

“We are ready to have a dialogue with all Afghan figures and will guarantee them the necessary protection,” he told the Qatar-based channel. He said the group takes every step responsibly and is keen on having peace with everyone.

Taliban insurgents entered Kabul on Sunday and President Ashraf Ghani left Afghanistan saying he wanted to avoid bloodshed, bringing the Islamist militants close to taking over the country two decades after they were overthrown by a U.S.-led invasion.

Naeem said of Ghani’s escape that it wasn’t taken into account and “even those close to him did not expect it.”

He said the group today is seeing the fruits of its efforts and sacrifices for 20 years. “We have reached what we were seeking, which is the freedom of our country and the independence of our people.”

“We will not allow anyone to use our lands to target anyone, and we do not want to harm others,” Naeem said the group won’t interfere in the affairs of others and, in return, won’t allow interference in their affairs.

“We do not think that foreign forces will repeat their failed experience in Afghanistan once again,” Naeem said, adding that the group is ready to deal with the concerns of the international community through dialogue.