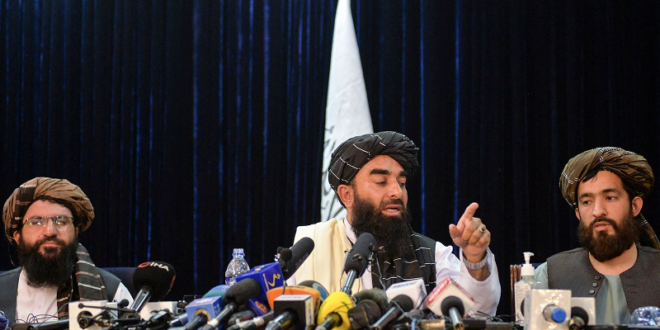 As the United States continues to mount an evacuation effort from Afghanistan, not all foreigners are headed for the exits, as regional powers begin to assess their positions as the country comes under a new regime.

No immediate bonanza awaits Afghanistan’s prospective partners. It remains one of the poorest countries in the world, with a now-enhanced reputation for humbling great powers. A country that relies on international aid for 80 percent of its budget is unlikely to have much to trade with, and dreams of unlocking Afghanistan’s rare-earth deposits will depend heavily on stabilizing the war-torn nation.

The major players. China, Iran, and Russia, who have been engaged in public diplomacy with Taliban leaders for years, are staying put. With most of China’s investments elsewhere in Central and South Asia, concerns about security will likely remain front and center for Beijing. “Chinese investment there is likely to be short-term and easily pulled out in the likely event of further instability,” Azeem Ibrahim writes in Foreign Policy. “It can be deployed—or withdrawn—on largely immediate political terms.”

Russia shares China’s concerns about instability, especially when it comes to the former Soviet states in Central Asia. Just as China will not want the Taliban harboring ethnic Uyghur groups, any support for Islamist movements in its backyard would be unacceptable for Moscow. As Foreign Policy’s Amy Mackinnon writes, Russia is likely to view the Taliban as the lesser of regional evils.

Iranian President Ebrahim Raisi welcomed the Taliban victory as an “opportunity to restore life, security and durable peace in Afghanistan.” Iran has promised to temporarily accommodate those fleeing Afghanistan, although with an estimated 2.8 million Afghans already there and with a crippled economy, it’s not clear how many more refugees Iran could support, or would want to support, in the long term.

Pakistan’s moment. Pakistan’s leaders have not disguised their glee at the Afghan government’s dissolution as Prime Minister Imran Khan praised the Afghan people for breaking “the shackles of slavery.” Still, like in Iran, one immediate effect of the Taliban’s ascent will likely be a refugee exodus, with Pakistan expected to remain the number one destination.

C. Christine Fair outlines the steps Pakistan has taken to shield and support the Taliban and, taken together with U.S. incompetence, set the stage for the group’s reemergence.

New Delhi was the last regional power to start diplomacy with the Taliban as it stood by the Afghan government almost to the end. Taliban spokesman Suhail Shaheen put it bluntly when speaking to Foreign Policy’s Anchal Vohra in July: “We have political relations with Russia, Iran, and China not for one or two but many years … India was siding with the government installed by foreigners. They are not with us.”

Turkey waits. Turkey’s initial plan to secure Kabul’s airport following U.S. withdrawal—and at the same time repair its fractured relationship with Washington—went up in the air as soon as President Ashraf Ghani did. Turkish officials have said they may provide “technical support” at Kabul’s airport if the Taliban ask. “We are keeping up dialogue with all sides, including the Taliban,” Foreign Minister Mevlut Cavusoglu said on Tuesday, welcoming recent Taliban statements regarding a peaceful transition.

Post Views: 57
Previous U.S. Special Envoy and Ambassador to Libya Richard Norland’s Visits to Egypt, Turkey, and Morocco
Next ANALYSIS: What the Taliban Can Teach the United States About Inclusive Government