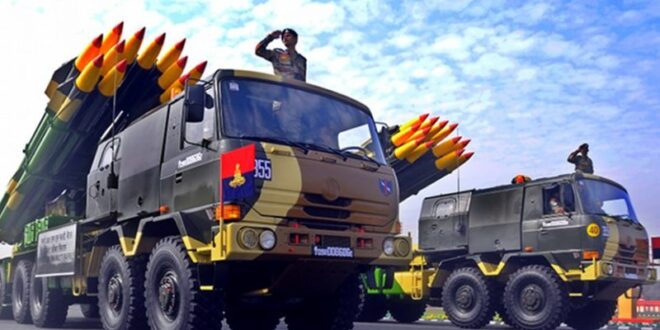 In 2020, India changed its foreign direct investment (FDI) regulations to allow investments of up to 74 per cent in the defence manufacturing sector under its automatic route, which was previously limited to 49 per cent. This is an important decision for a sector that is struggling to attract investment.

Investment in India’s defence manufacturing sector, which was previously limited to public companies, was opened up in 2001 allowing 100 per cent domestic private sector participation and up to 26 per cent FDI. Initially, foreign capital was only allowed through the government route, and both domestic and foreign firms were subject to compulsory industrial licensing. India has since raised the FDI limit to 100 per cent while now allowing 74 per cent under the automatic route, with the remainder through the government route.

India depends on imports for more than 70 per cent of its defence requirements. The country spends around 3 per cent of its GDP and 25 per cent of its annual budget on defence. Yet India could only attract a handful of foreign companies to establish manufacturing plants in India in association with an Indian firm. Defence-related FDI coming into India amounted to just US$10 million between April and September 2020. India has lagged behind other countries in attracting foreign investment, even with its significant defence market.

Internally, the Defence Procurement Procedure 2020 prohibits Indian companies from bidding in acquisition programs as primary vendors where FDI exceeds 49 per cent. Only an indigenous company owned and controlled by Indians with an equity share of at least of 51 per cent can participate in an acquisition program as a principal vendor.

Around 90 per cent of Indian defence imports come from Israel, Russia, France and the United States. Firms based in these countries may find it profitable to manufacture in India given these existing business relations. But firms from other countries there are few attractive business opportunities to invest in an Indian defence company or set up a wholly owned subsidiary.

The business model of the defence industry differs from other sectors. In defence, products are designed before potential buyers are found, whereas in most other cases production takes place only after securing a procurement order. Companies are reluctant to invest in a market that has this kind of uncertainty.

Another discouraging factor in Indian defence FDI policy is an overcautiousness about national security. All foreign investment needs to seek clearance from the Ministry of Home Affairs in accordance with Ministry of Defence guidelines. Scrutiny is particularly difficult when it involves complex technology. Approval is time consuming and uncertain.

India practices an ambiguous dual policy in the defence sector to attract foreign investors while encouraging public sector procurement and promoting indigenous production. It aims to procure maximum volumes of equipment from its public sector units. This approach is reflected in recent orders by the Ministry of Defence, which strives for self-reliance in defence sectors and designs policies like ‘Atmanirbar Bharat’ (self-reliant India). India’s approach is logical for a country that depends on foreign companies for 70 per cent of its needs. But the dual nature of the policy framework creates confusion among investors.

Externally, India buys most of its defence equipment from Israel and Russia when the world’s five largest arms manufacturers are based in the United States. Manufacturing advanced defence and aerospace technologies is a costly and complex process and requires huge investment, meaning it is not in the business interest of US firms to invest in India. US-based companies are also guided by the United States Arms Control Export Act 1976. This makes it almost impossible for US arms manufacturers to sell or share their contemporary critical technologies with any foreign company or nation.

India’s attempt to attract more FDI by reducing the ownership limit is unlikely to produce positive results. There are many challenges to attracting FDI in the defence sector, but it is not impossible — companies have already invested in developing nations, and India does receive some FDI in its defence sector. Given the country’s potential and its experience influencing investors in other sectors of the economy, India might yet be able to entice greater FDI in its defence industry.