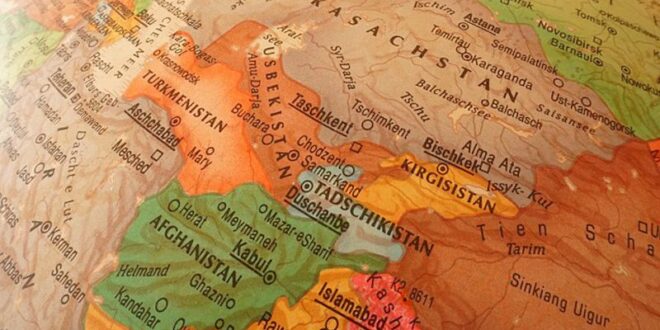 US Must Refocus On Central Asia – Analysis

In the past few days, hundreds of Afghan soldiers have sought refuge in Uzbekistan and Tajikistan. Several dozen helicopters and planes, formerly of the Afghan air force, fled the Taliban’s advance and landed in Uzbekistan. At the time of writing, almost 600 Afghan pilots and crews remain in the country. Their fate remains unknown.

Turkmenistan, Uzbekistan, Tajikistan, Kyrgyzstan and Kazakhstan, the five countries in Central Asia, have a new reality on their doorstep. With the Taliban back in power, the Central Asian countries are nervously watching the situation.

In recent years, Central Asian engagement with Afghanistan has focused on promoting and encouraging economic activity and trade relations. This will now change to mitigating and deterring any security threat that might spill over from the chaos in Afghanistan.

The way President Joe Biden has handled the situation in Afghanistan has been dreadful. The fall of Kabul, and the hasty, messy and chaotic evacuation of the US Embassy, is a stain on America’s honor and prestige. The Russians, Iranians and Chinese are gloating. America’s security partners are watching in bewilderment. Extremist groups around the world will be emboldened like never before.

The first thing the US must do is get the disorganized evacuation at Kabul International Airport under control. However, looking longer term, the US must take steps to mitigate the geopolitical fallout from the situation in Afghanistan. To do so, the Central Asian region will be an important part of any strategy. Sadly, America’s reputation in the region is not good.

Central Asia is a region often ignored by US policymakers until it is too late. In the early 1990s, after the fall of the Iron Curtain, the US began to pursue relations with these newly independent republics. But after a few years, that initial enthusiasm for engagement in the region petered out.

This quickly changed, though, after the tragic events of 9/11. In the aftermath of the terrorist attacks, the US had to scramble to rebuild relations with the region because of the need for military bases. For several years, Central Asia became vitally important for US anti-terrorism operations in Afghanistan.

But when President Barack Obama ended US-led combat operations in Afghanistan in 2014, US engagement in Central Asia waned yet again. The Trump administration did try increasing engagement in the region, but in recent years Russia and China have really upped their games there, too.

In order for the US to develop a strategy to deal with the new reality in Afghanistan it must refocus on Central Asia. There are four things that can be done.

First, the US needs a new Central Asia strategy. In February 2020, the Trump administration launched the first US strategy for Central Asia in half a decade. The strategy emphasized Afghanistan’s role in the region. Two of the six “policy objectives” directly dealt with Afghanistan: “Expand and maintain support for stability in Afghanistan” and “Encourage connectivity between Central Asia and Afghanistan.” While the strategy was well received at the time, current events make it out of date. A strategy is urgently needed that reflects the new reality in the region.

Second, it is time for US officials to show up in the region. No sitting US president has ever visited Central Asia. It is time for this to change. In the meantime, a good way to start re-engagement easily and symbolically would be with a few high-level visits by US officials. The US should send Cabinet-level visitors to build relations in the region. Considering the new reality in Afghanistan, the US needs an anchor of engagement in Central Asia. Kazakhstan and Uzbekistan are the two natural partners. The US should pursue a pragmatic relationship with these two countries based on strategic and regional mutual interests.

Third, the US needs to increase bilateral military and security relations with willing countries in the region. The US has a history of basing troops in the region. However, even though it would benefit the US to reopen a military base in Central Asia, the likelihood of this happening anytime soon is remote. Instead, the US should take steps to rebuild trust and confidence and focus on restoring bilateral relations with the Central Asian states. Then it might be possible that someday in the future, the circumstances might exist that would see a US base reopening in the region.

Finally, the US should not ignore the South Caucasus. The geography of Eurasia means that getting in and out of Central Asia is not straightforward. Pakistan is not often a solid partner when it comes to accessing the region. Iran, China and Russia obviously are not options for the US either when it comes to accessing Central Asia. This leaves a very small, narrow corridor from Turkey through Georgia and Azerbaijan. So if Washington is serious about getting more involved in Central Asia, it must also engage more with the countries of the South Caucasus.

Central Asia has been, is, and will continue to be an area of geopolitical importance. The situation developing in Afghanistan is a reminder of this. Unfortunately for the US, the level of engagement by Washington in the region has been minimal in recent years. If the US wants to protect its national interest in the region, a new approach is needed. It remains to be seen if US policymakers will understand this.