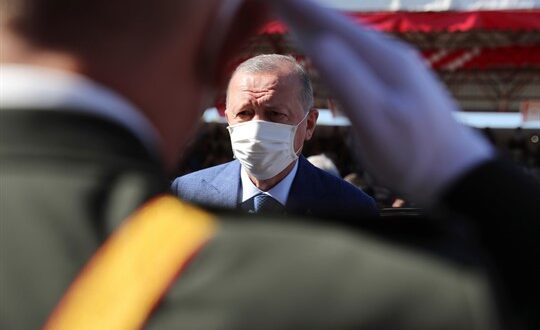 Turkey Scrambles to Salvage Its Influence in a Post-U.S. Afghanistan

Like other foreign powers, Turkey was caught off-guard by the speed of the Taliban’s recent blitz across the country, which has greatly complicated Turkish President Recep Tayyip Erdogan’s plans. While most NATO countries were happy to wash their hands of the conflict after a grueling 20-year counterinsurgency and nation-building effort, Erdogan was proposing that Turkey continue to provide security for Hamid Karzai International Airport in Afghanistan’s capital, Kabul.

Erdogan had discussed this idea with U.S. President Joe Biden during their meeting on the margins of the NATO Summit last month, and negotiations with Washington were reportedly ongoing until last week, despite the Taliban’s fervent opposition to Erdogan’s plans. In a mid-July statement, the group condemned Turkey’s plans “in the strongest terms,” warning that its troops would be considered an “occupation” force and dealt with as “invaders” if it did not change course.

Post Views: 74
Previous The Known Unknowns of Afghanistan’s Future
Next Erdogan says Turkey will not be “Europe’s migrant storage unit” amid Afghanistan turmoil