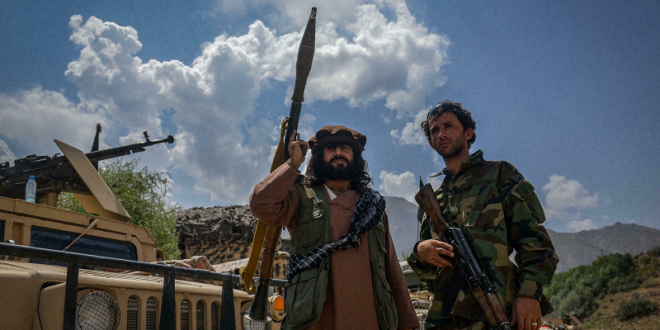 The Panjshir Valley north of Afghanistan’s capital Kabul is the final major centre of resistance to the Taliban, but analysts say the fighters gathered there will struggle if the Islamist hardliners launch a full-scale attack.

Surrounded by the high peaks of the Hindu Kush north of Kabul, the Panjshir has long had a reputation as a bastion of resistance — legendary military commander Ahmad Shah Massoud successfully defended it during the Soviet-Afghan War and the civil war with the Taliban up to his death in 2001.

Amrullah Saleh, latterly the country’s vice president and a key powerbroker under the Western-backed governments of the last two decades, and Ahmad Massoud, the son of Ahmad Shah Massoud, have both taken refuge in the area and called for an uprising against the Taliban.

“I write from the Panjshir Valley today, ready to follow in my father’s footsteps, with mujahideen fighters who are prepared to once again take on the Taliban,” Ahmad Massoud wrote in the Washington Post, calling on the United States to arm his forces.

Saleh, who formerly headed Afghanistan’s intelligence service that worked closely with the West, said: “I will never be under one ceiling with the Taliban.”

But analysts doubt Panjshir can become a serious threat to the Taliban.

“The resistance for the moment is just verbal because the Taliban have not yet tried to enter the Panjshir,” said Afghan specialist Gilles Dorronsoro from Sorbonne University in Paris.

“The Taliban only need to lock down the Panjshir, they don’t even have to go in there.”

Abdul Sayed, an independent researcher based in Lund in Sweden, said he did not share Massoud’s optimism for the chances of resistance.

“The Taliban surround Panjshir from all sides and I don’t think Massoud’s son can resist much more than a couple of months. For the moment, he does not have any really strong support,” said Sayed.

A Frenchman who fought in the Panjshir alongside Massoud’s father at the end of the 1990s told AFP that Massoud had been preparing for months and had built up forces of young people, vehicles, helicopters and ammunition.

Speaking on condition of anonymity, he added that “they have the means to make a show” and shut themselves up in the valley, but little more.

And while Massoud and Saleh share unbridled antipathy towards the Taliban, they have very different backgrounds.

Massoud spent years in exile in Britain and Iran, lives in the shadow of his father’s legend and has little political clout.

Saleh, who declared himself president after the flight of Ashraf Ghani, has been in power in Afghanistan for years and is deeply political.

“From the start there have been tensions between the two,” said Dorronsoro.

“Ahmad Massoud has no official position, he is someone who does not have strong support in Afghanistan except in the Panjshir.”

Among the wider ecosystem of prominent figures who are likely to oppose Taliban rule, a huge point of contention is whether to negotiate with the Islamists or launch “a true armed resistance”, said Dorronsoro.

Massoud visited Paris in March and met President Emmanuel Macron during a trip to attend the inauguration of a walkway named after his father.

He poured scorn on talks that were taking place between the Afghan government with the Taliban at the time.

If any group were to seek to impose its will by force “we are going to stand and we are going to fight against it just like our fathers did”, he told AFP in an interview at the time.

The former French fighter said the interests of Panjshir people — who mostly speak Persian rather than Pashtun — are traditionally represented in the corridors of power in Kabul by former prime minister Abdullah Abdullah.

He remains in Kabul and has been negotiating with the Taliban, as has former president Hamid Karzai.

Meanwhile, Massoud’s uncles are in touch with Pakistan.

“It is possible that this resistance is a way of influencing negotiations in Kabul so that the interests of the Panjshiris are defended,” said the French fighter.

“And one day, Abdullah or the family calls up Massoud and says: ‘It’s good, you can stop, we have a good agreement’.”