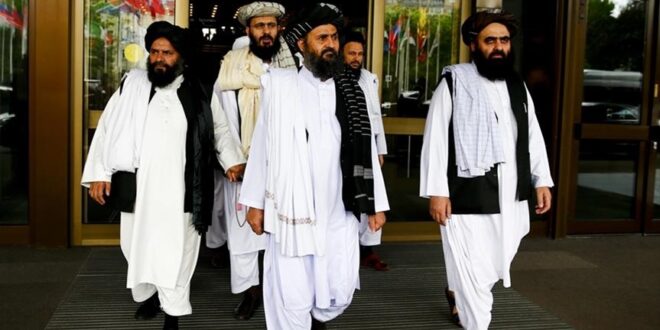 Though the Taliban’s ultimate decision-making body is a 26-member leadership council, or Rahbari Shura, six figures stand out for their top positions in the insurgent group.

The Taliban have come under increasing international scrutiny recently after they captured most of Afghanistan, including the capital Kabul on Aug. 15, announcing that it would soon establish a new “inclusive Islamic government.”

Mullah Abdul Ghani Baradar, one of the group’s prominent leaders, is now in Kabul to start government formation process.

The former administration, which collapsed after Afghan President Ashraf Ghani fled the country, will now be replaced by a structure shaped by the Taliban.

Now, all eyes are turned on the high-level names who will make the Taliban’s important decisions.

Apart from the group’s head and leadership council, the Taliban has various commissions that function as ministries.

Six people have risen to prominence in the group after the death of Mullah Mohammed Omar, the founder of the Taliban who led the group for many years.​​​​​​​

Who is who in Taliban leadership

Mullah Hibatullah Akhundzada was elected as the leader of the Taliban on May 25, 2016, after the previous Taliban leader Mullah Akhtar Mansour was killed in a US drone attack.

Akhundzada taught lessons in religion and preached in a village near Pakistan’s border with Afghanistan for 15 years until his disappearance in May 2016.

The whereabouts of Akhundzada, who is now known as the highest authority in the Taliban, is unknown.

There is only one widely circulated photograph of Akhundzada released by the Taliban.

Mullah Abdul Ghani Baradar was born in 1968 in the central province of Uruzgan. He is one of the four founders of the Taliban.

He continues to serve as Akhundzada’s deputy, and is also the group’s top executive in charge of political affairs.

As the Taliban’s second-in-command and de facto leader, Baradar signed a peace deal with the US in February last year on behalf of the group and held high-level talks with many officials in the peace negotiations.

He has served as the head of the Taliban’s political office in Doha, Qatar, since January 2019.

Baradar became the first Taliban leader who met with a US president after he held a phone call with Donald Trump on March 3, 2020, as part of the then-ongoing peace talks.

Mullah Mawlowi Abdul Hakim, head of the Taliban’s negotiating team for the intra-Afghan talks, and his deputy Shir Mohammad Abbas Stanikzai are also among the six most-influential figures of the Taliban.

They were released from the US prison in Guantanamo Bay in 2014 as part of a prisoner swap.

Stanikzai became head of the Taliban’s political office in Doha in 2015. He was later appointed as the deputy of Mullah Abdul Hakim.

Mullah Mohammad Yaqoob, who is the eldest son of the group’s founder Mullah Omar, leads its military operations in Afghanistan and serves as Akhundzada’s deputy.

The Haqqani network, one of the key components of the Taliban, is headed by Sirajuddin Haqqani and held responsible for many high-profile bombings in Afghanistan.

The network manages the economic and military assets of the Taliban along the Pakistan-Afghanistan border.

Haqqani has also served as one of the Taliban’s deputy leaders.

All military and political decisions are made at the 26-member leadership council which is directly under the Taliban’s leader in the group’s governing structure.

The ministry-like commissions operate in different areas such as the military, intelligence, and political and economic affairs.