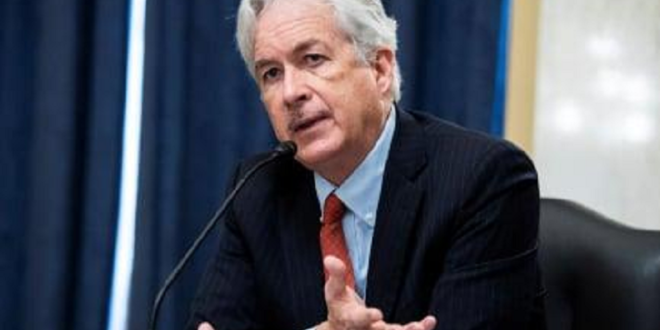 The head of the Central Intelligence Agency (CIA) William Burns held a secret meeting with the Taliban leader Abdul Ghani Baradar in Kabul on Monday, according to the Washington Post.

Meanwhile, US President Joe Biden is expected to decide as soon as Tuesday on whether to extend an Aug. 31 deadline to airlift Americans and their allies to safety.

This comes as thousands of desperate Afghans and foreigners massed at Kabul’s airport in the hope of fleeing Afghanistan’s new Taliban rulers.

Biden warned on Sunday that the evacuation was going to be “hard and painful” and much could still go wrong. US troops might stay beyond an Aug. 31 deadline to oversee the evacuation, he said.

The Taliban, however, said that they will consider the presence of US forces in Afghanistan after the August 31st deadline a violation of the Doha peace agreement.

The Chinese government has said that the current situation in Afghanistan paves the way for the reconstruction of the country and that the Afghan people should take advantage of the opportunity.

According to the Washington Post, the US Special Representative for Afghanistan Reconciliation Zalmay Khalilzad was also present at the meeting between the CIA chief William Burns and Taliban leader Abdul Ghani Baradar.

Meanwhile, the Taliban’s spokesman Zabihullah Mujahid at a press conference in Kabul said that the US should leave the country by the 31st of August.

“They (Americans) had agreed to withdraw their forces by the first of May from Afghanistan. But they violated this deadline. Now they have pledged to evacuate their forces by 31st of August. They should comply with their commitments, if they do not abide what has been announced, this is a clear violation of the agreement,” said Suhail Shaheen, a member of the Taliban’s political office.

Afghanistan neighbors China and Iran have meanwhile called on the Taliban to make sure that there is an inclusive and broad-based government in place in the country in the future.

A Chinese foreign official wrote that after a long time Afghanistan and its people have the opportunity to rebuild their country peacefully and steadily and to take the destiny of the nation into their own hands.

Britain has said that in the G7 meeting London will call on the US to extend the timeline of their forces in Kabul amid the massive evacuations.