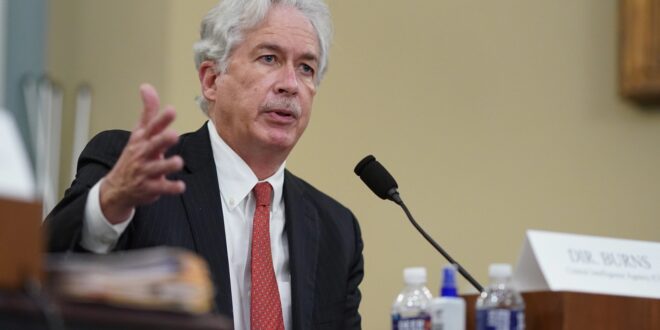 The former deputy secretary of state was sent to attend the clandestine rendezvous by President Biden amid the chaotic circumstances surrounding the U.S. evacuation from Afghanistan following the Taliban’s takeover.

Anonymous U.S. officials familiar with the matter confirmed the development to the Washington Post, but could not disclose any details of the classified meeting.

As the August 31 deadline for U.S. military withdrawal fast approaches, pressure is mounting on Biden to consider extending it to allow the forces on the ground more time to rescue remaining trapped American citizens and Afghan allies. While the subject of the covert meeting is impossible to know, the expiration date for U.S. military occupation in Afghanistan likely was a topic of conversation.

With the window narrowing, the Taliban has warned the U.S. could face “consequences” for reneging on its original agreement to leave by month’s end. Taliban spokesman Suhail Shaheen said in an interview aired Monday that western powers would be crossing a “red line” if they maintain a presence in the country into September.

The military has reportedly asked the White House to decide by Tuesday whether to modify the departure date to allow them to prepare for the withdrawal of nearly 6,000 U.S. troops assisting with the evacuations.

“Ultimately, it will be the president’s decision how this proceeds — no one else’s,” White House national security adviser Jake Sullivan said recently at a press briefing, reiterating that the choice is up to the commander-in-chief.

The leaders of the Group of Seven nations are scheduled to meet Tuesday to discuss evacuation progress and plans, the Post confirmed.

Abdul Ghani Baradar, the Taliban’s representative in Monday’s covert encounter, is well acquainted with westerners. The top leader of the Taliban delegation, he helped broker the Trump-era arrangement in which the U.S. originally promised to end military involvement in Afghanistan. In November 2020, he posed for a photo with Secretary of State Mike Pompeo.

Baradar is among the Taliban agents portraying a more liberal face to the notorious terrorist organization, which has promised reconciliation for old foes and harmony under sharia law. Since the Taliban re-conquered Afghanistan over a week ago, Baradar said the group’s intention for its new regime is “an Islamic system in which all people of the nation can participate without discrimination and live harmoniously with each other in an atmosphere of brotherhood.”

However, this rosy depiction seems to conflict with the reports that have emerged of Taliban operatives hunting, sometimes murdering, former Afghan fighters to exact retribution for their collaboration in the two-decade U.S. military occupation.

Post Views: 79
Previous Taliban Says U.S. Must Meet August 31 Withdrawal Deadline: ‘No Extensions’
Next U.S. Turning Away Some Afghan Allies from Kabul Airport to Give Priority to American Citizens