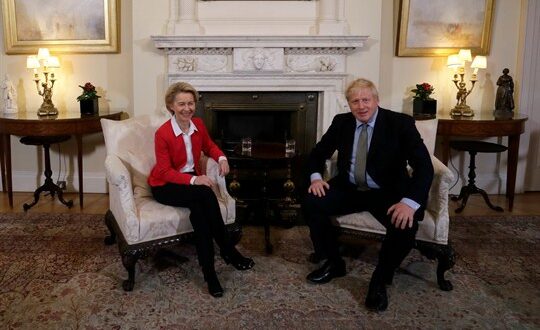 Britain’s impending departure from the European Union on Jan. 31 is merely, as Winston Churchill might have said, the end of the beginning. British Prime Minister Boris Johnson will herald Brexit as the moment the nation recovers its sovereignty. The truth, however, is far messier. The ultimate terms and costs of the divorce are yet to be determined. The nature of Britain’s future relationship with the continent, whether the United Kingdom will stay united in Brexit’s wake, and what global role Britain will play after regaining its “splendid isolation” all remain to be seen.

The U.K. was always an awkward partner in the EU, given its historic ambivalence toward the continent, sense of exceptionalism and global aspirations. Britain was “with Europe, but not of it,” Churchill wrote in 1930. After World War II, it championed European integration but refrained from joining the European Economic Community until 1973. Ever after that, British leaders remained jealous of national prerogatives and vigilant about overreach from Brussels, culminating in the Brexit referendum of June 2016, when a narrow majority of Britons voted to leave the EU altogether.