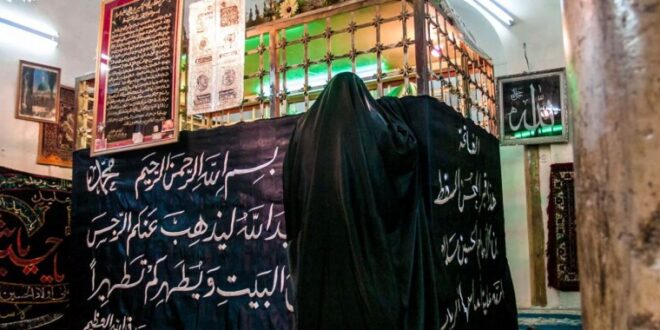 Iran is extending its influence in Aleppo, by building an ‘Iranian belt’ in the city similar to Beirut’s southern suburb, according to Nedaa Post.

The Iranian Revolutionary Guards Council (IRGC), through its direct subsidiaries, is working on a project to rehabilitate administrative areas in eastern Aleppo neighborhoods. The objective of Iran is to develop housing complexes, particularly in partially destroyed areas of Aleppo that need reconstruction.

According to Nedaa Post’s anonymous sources, the IRGC command in Aleppo facilitated a series of meetings at the end of July between several construction and contractors funded by the Iranian Revolutionary Guard and local businessmen. According to Nedaa Post’s sources, these funders include an Aleppo businessman based in Dubai, who constantly moves between Syria and the UAE.

The project aims to create a strategic sphere of influence east of Aleppo, specifically in the neighborhoods of Marja and al-Salhi. This would be similar to Beirut’s southern suburbs and coincides with the IRGC’s naturalization and settlement policies for the families of its fighters in Damascus.

On May 12, the Foreign Minister of Iran Mohammad Javad Zarif announced the opening of his country’s consulate in Aleppo, according to Nedaa Post’s confidential sources at the time. The consulate will serve as the headquarters for IRGC intelligence.

In addition to spying and gathering information, the intelligence center — which will be set up under the guise of the consulate — will preside over significant trade and financial developments through pro-Iranian businessmen. The consulate will also groom clerics to establish a base for expanding Iranian influence in Aleppo. These policies coincide with the escalation of Iranian real estate acquisitions in Aleppo city, particularly in the Jeb Chalabi area of the al-Mashhad, al-Iza’a neighborhood, and the Bustan al-Qasr area.

According to Nedaa Post’s sources”, the IRGC and through its direct affiliates, obtained privileges and licensing packages from the Syrian regime in Damascus and Aleppo in mid-2021. IRGC depends on the settlement of its fighter’s families, who have obtained Syrian citizenship. Most of the fighters are Afghans and Iraqis, and then Iranians. Some families of Lebanese fighters have been settled without being granted Syrian nationality.