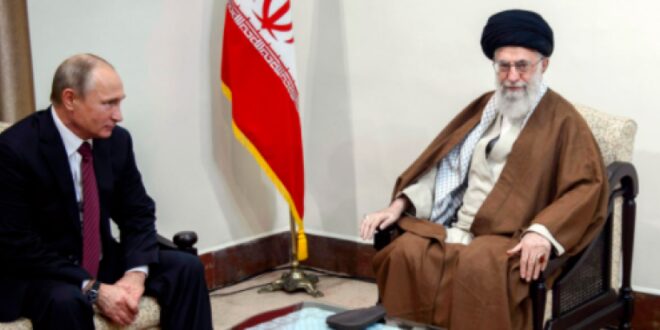 Anonymous sources in Damascus confirmed to the Nedaa Post website that the office of the Supreme Leader’s representative in Damascus is following efforts to win the loyalty of Arab clans “with great interest.” These efforts are taken place especially in parts of eastern and northeastern Syria.

Mulhim heads the People’s Party, a political party supported by Iran, and receives direct funding from the Office of the Supreme Leader’s representative.

To this end, Iran coordinates the full support of the provincial branches of the Baath Party, which is facing interference and pressure from Russia to limit its role in Syrian political life in favour of other independent parties, which are affiliated with the Russian Embassy in Damascus. Iran considers that the People’s Party, and other parties funded by the centers, can lure political cadres and youth who will leave the Baath Party, especially in the eastern provinces of Syria. If successful, this ploy would ensure Iran’s role in the Syrian political scene during the coming phase, when Iran expects greater Russian pressure on the Baath Party’s prominence.

Nedaa Post’s sources confirmed that the meeting in Damascus had covered the major divisions witnessed by the Baath Party, especially in governorates outside the regime’s control.

The meeting also discussed the role of independent parties formed by pro-Iranian clans in containing the Ba’ath Party’s anticipated withdrawal, as well as those parties’ role in confronting independent parties receiving Russian support and guidance. The meeting also further discussed Tehran’s full support for the tribal presence in political and community life in Syria — which should be both tangible and political — as well as the discharge of party cadres and youth in these parties from any involvement in the regime’s forces, so that they qualify politically and socially for important civilian roles.

Earlier, Nedaa Post’s special investigations department followed the meetings held between officials from the Iranian Embassy and the office of the Supreme Leader’s representative in Damascus. The meetings involved Nawaf al-Bashir, sheikh of the Baqara tribe and Zuhair Khamis, sheikh of the Damalkha clan. The meetings covered Iran’s financial support for those leaders to spread Shi’ism in the tribes of eastern Aleppo, Raqqa, and Deir-ez-Zor.

Post Views: 85
Previous Indignation in Idleb about al-Nusra’s Loyalty to its Ally Taliban
Next Efforts to Save Russian Roadmap in Southern Syria After It Faltered in Daraa