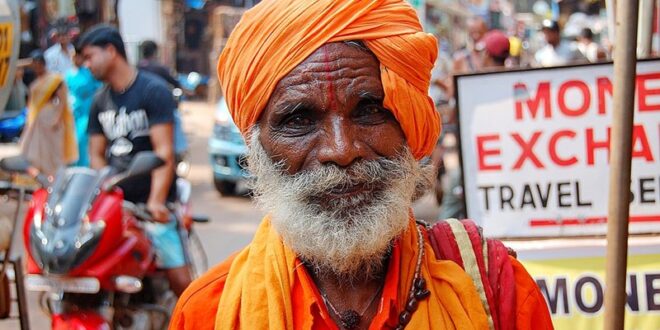 Lessons From The Taliban: Only A Secular Democracy Can Keep India Integrated – OpEd

Is it a moderate Taliban, or will it rigidly enforce the Sharia against women? Will it temper its radicalism to gain acceptability and get financial aid from the West, or would China bankroll it to advance its own strategic goals in Central Asia? Another serious concern is whether the Taliban would again shelter jihadi groups.

The implications for India are more worrisome since the Taliban now has overt support of China and Russia apart from its patron Pakistan. How would this dynamic influence India’s large Muslim population, which feels alienated due to the belligerence of organizations under the Rashtriya Swayamsevak Sangh (RSS) umbrella?
Hindu-Muslim polarization

RSS’s Hindu Rashtra fixation made it collaborate with the British instead of participating in the Gandhiji-led freedom struggle. Communal passions inflamed both by the RSS and Muslim League led to the holocaust of partition and Gandhiji’s assassination. Banned twice each by the British and independent India, it refused to accept the Indian Constitution and the tricolour.

India was never an integrated Hindu nation even during the pre-Islamic era when independent kingdoms perpetually fought amongst themselves for power, not religion. Only the British consolidated them into present-day India.

Thanks to India’s excellent Constitution and early leaders and politicians, the country remained united as a secular democracy. However, during the politically unstable 1980s, the religious frenzy generated about Ram Mandir, through then BJP president Lal Krishna Advani’s chariot campaign, and Babri Masjid demolition, Mumbai bombings, Gujarat carnage, terror attacks and 2020 Delhi riots have caused severe damage to our social fabric and economy.

It is widely believed by political analysts that Hindu-Muslim polarization helped BJP gain power at the center and several states, which could facilitate constitutional amendment for declaring India a “Hindu Rashtra” (Hindu nation). That option is fading since hate-mongering can only give diminishing returns. Moreover, people are angry over the high pandemic deaths, oxygen shortages, unemployment, poverty, farmers’ protests, and skyrocketing prices.
Attack on secular institutions

Hindutva has traction only in the Hindi heartland since southern India resents Hindi imposition and the northeastern states, a cultural invasion. Moderate Hindus, minorities, women, and youth hate its obscurantist, medieval, and patriarchic ideology and Taliban-style diktats on dress and morality.

Since 2014, the BJP has avowed secularism in public but passed laws tacitly targeting Muslims and failing to act against assaults on Muslims by militant Hindutva organizations. By reportedly planting Hindutva believers in constitutional positions mandated to be independent watchdogs, and by tightly controlling the narrative through a lapdog media, it has accumulated all the tools of authoritarian regimes.

Traditionally the secular armed forces have been influenced in a subtle manner, through innocuous seminars on nationalism, Vedic culture and Hindu heritage depending on the personal orientation of the top commanders. The veterans’ grapevine indicates that this trend has been on the increase in recent years.

Former Chief of Army Staff (COAS) General VK Singh’s public appearance soon after retirement in RSS uniform to join the BJP raised many eyebrows. The government later handpicked the first Chief of Defence Staff, Bipin Rawat, superseding his seniors. The Sangh, reportedly, now clears all senior promotions. Veterans who subscribe to Hindutva are reportedly given IT services contracts for its propaganda machine and lucrative assignments as paneled “experts” and “motivational speakers” for schools/colleges and TV shows.

But why subvert India’s most secular institution and destroy its professionalism? Is it because the army remains strictly non-partisan and professional while restoring law & order, as during the Gujarat riots? Unlike the British Indian Army, which fired on innocents in Jallianwala Bagh, soldiers today are aware of court rulings on unlawful commands, “ketchup colonels” and trigger-happy personnel.
Moderate voices need assertion

Religious, sectarian, and ethnic conflicts inevitably lead to mass deaths and mayhem. Will not the region head towards a clash between a resurgent Islam and militant Hindutva with dreadful consequences?

Sane and moderate people in all communities vastly outnumber the radical fringe whose bigotry and xenophobia invariably destroy societies. They must assert themselves to restrain such elements in their respective communities from hostile actions and jingoism that could set the nation aflame.

In the absence of any one of Gandhiji’s moral authority, our Constitution should remain our beacon. Secular democracy enshrined in it as a basic principle alone can keep the nation integrated, where all people irrespective of religious, social, cultural, ethnic, and economic backgrounds enjoy the same freedoms and equality.

Sanity in public discourse and socio-religous harmony are imperative for India in the current disturbed regional and internal environment.

Post Views: 109
Previous Reports That Turkey Poised To Recognize Taliban As Afghanistan’s Government
Next The dangerous rise of a new stab-in-the-back myth