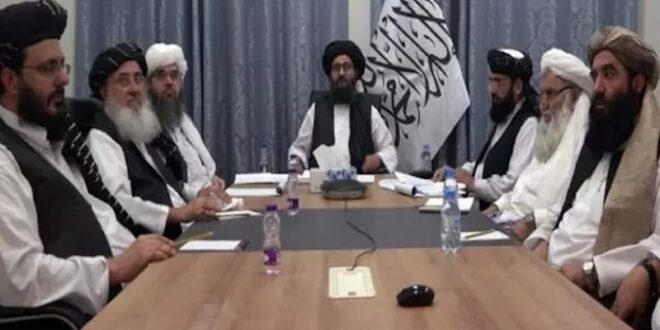 Reports That Turkey Poised To Recognize Taliban As Afghanistan’s Government

NATO member Turkey is reportedly nearing a deal to recognize Afghanistan’s Taliban government and operate the Kabul airport in partnership with Qatar, paving the way for the Islamist group to attract foreign aid and investment.

The agreement is awaiting approval by Turkish President Recep Tayyip Erdogan and will be finalized once Washington’s exit is completed, the Middle East Eye (MEE) reported on Saturday, citing two unidentified people familiar with the negotiations.

US President Joe Biden has stuck to his plan to complete the withdrawal by August 31, ending the 20-year war, despite a chaotic evacuation process that has been marred by civilian deaths and a terrorist attack that killed nearly 200 people.

One apparent sticking point in Ankara’s talks with the Taliban has been the issue of who will provide airport security. “How can we give the security to you (the Taliban)?” Erdogan told reporters on Saturday.

How would we explain it to the world if you took over security and there is another bloodbath there? This is not an easy job.

The MEE report indicated that Turkey would provide security through a private contractor, manned by former Turkish soldiers and police. And Turkish special forces would operate in plainclothes to protect the country’s citizens within the airport’s perimeter.

In return, the Taliban would be recognized by Ankara as Afghanistan’s legitimate government.

The Taliban will reportedly need to reach a separate agreement with a group based in the United Arab Emirates that was awarded a contract last year by the Western-backed Afghan government to operate the airport. Turkey has provided security for the Kabul airport’s military section for the past several years and was negotiating a deal with the US to continue that work earlier that summer, before the Taliban overran Afghan security forces and recaptured control of the country even before Washington could complete its withdrawal, MEE said.

While other NATO members are withdrawing their diplomatic missions in Afghanistan, Turkey plans to maintain its presence to protect Ankara’s trade and political interests in the country. In fact, Erdogan said the Turkish embassy had been moved back into its building in Kabul after operating from the airport for the past two weeks amid the tumult surrounding the Taliban takeover.

Turkey’s core diplomatic staff, including its ambassador to Afghanistan, has remained in the country. “Our plan is to maintain our diplomatic presence in this way,” Erdogan said on Saturday, according to broadcaster NTV. “We are continuously updating our plans according to developments regarding the security situation.”

Erdogan agreed in a telephone call earlier this month with Russian President Vladimir Putin to strengthen coordination between Ankara and Moscow on Afghanistan issues to help foster stability in the country. The two leaders also agreed to “coordinate the relationship to be developed with the government to be established in Afghanistan,” according to Erdogan’s office.

Stabilizing the situation in Afghanistan could help prevent a massive influx of refugees in Turkey, which took in nearly four million people displaced by the Syrian civil war. Recognition from Turkey would provide the Taliban greater legitimacy in the international community, as well as a potential intermediary to the West.

Post Views: 107
Previous Yemen: At Least 30 Killed In Houthi Drone, Missile Attack On Airbase
Next Lessons From The Taliban: Only A Secular Democracy Can Keep India Integrated – OpEd