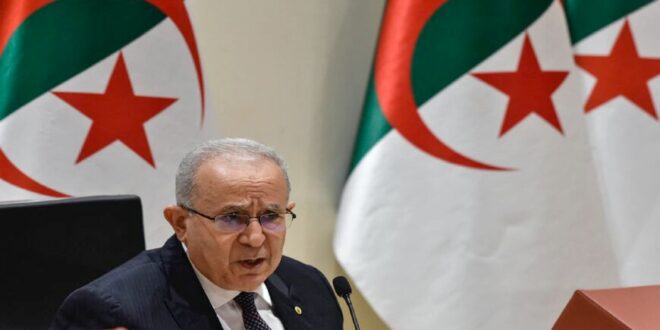 Africa emerges as next scene of confrontation between Israel, Iran

The decision by Algeria to sever diplomatic ties with Morocco could actually signal future confrontation between Israel and Iran over influence in Africa.

On Aug. 24, Algerian Foreign Minister Ramtane Lamamra announced his country was severing diplomatic relations with Morocco. At first look, the Algerian decision seemed to be independent and a direct result of problematic ties that have deteriorated over the years. But it was Lamamra himself who offered a broader context, partly accusing Israel of cooperating with Morocco against Algeria. Among other things, Lamamra was angry over a statement made by Israel’s Foreign Minister Yair Lapid on his Aug. 12 visit to Morocco. Speaking at a press conference in Casablanca, Lapid said he shared with his Moroccan counterpart, Nasser Bourita, “some concern about the role of the Algerian state in the region, which has drawn closer to Iran and is currently campaigning against Israel’s admission to the African Union as an observer.’’

Thus, this development of severing ties could be inspected beyond the Israel-Morocco-Algeria triangle. Traditionally, Iran sees the African continent as an important arena in its global struggle for influence. It is competing for influence against Saudi Arabia and also against the West, exploiting anti-colonial sentiments in the continent. To establish influence in Africa, Iran had created over the years an infrastructure of mosques, cultural centers, charitable networks and educational institutions. These were used to spread its revolutionary ethos across the continent.

Of course, Iran is not the only Muslim country exporting Islam to Africa and supporting its spread there. Turkey, Saudi Arabia, Qatar, the United Arab Emirates and other countries are also operating in a rather similar manner. Still, Iranian efforts at penetrating Africa also have other components. Experts believe that by exploiting fragile political structures in some African countries, and perhaps even with the support of the Lebanese diaspora, Iran and its affiliates have succeeded in building smuggling and crime networks. Through these networks, it is argued, Iran recruits local operatives, who then also join the Iranian religious cause.

Experts point to evidence indicating that the Iranian Quds Force (through Unit 400) trains, funds and equips several separatist groups in Africa and provides training to Shiite groups, including the Islamic Movement of Nigeria. Iran has also used its ties with some African countries to bypass the economic sanctions that were enforced by Washington.

Iran has maintained good relations with Algeria for decades and continues to give relations with Algiers priority. Both countries back the Polisario’s bid for autonomy in Western Sahara, putting them at odds with Morocco.

In parallel with Iranian efforts on the continent, Israel has deepened in recent years its diplomatic, economic, cooperation and security ties in Africa. For the last year, for instance, Israel is in the process of normalizing ties with Sudan. In a recent move, on July 23, the African Union accepted Israel as an observer state.

As mentioned by Lapid, this latest move came about despite Algerian efforts to block it. South Africa and Nigeria — two other countries where Iran is also active — had also joined the (unsuccessful) campaign against accepting Israel as an observer.

Newly elected Iranian President Ebrahim Raisi had recently said that “in the new Iranian government, all our capabilities will be devoted to deepening cooperation with African countries.” Contrary to former Iranian President Hassan Rouhani’s policies, Raisi is likely to focus efforts on exporting the Iranian revolution in Africa. Moreover, Iran’s new Foreign Minister Hossein Amir-Abdollahian is closely linked to the Revolutionary Guards and will probably support their activities throughout the Middle East and even further away. This could mean that tensions between Israel and Iran over Africa could in fact intensify.

Naturally, Israel focuses its intelligence efforts on Iranian activities in the Middle East. But in order to counter Iranian outreach intentions in Africa, Israel will have to take additional actions. More so, it should increase the intelligence assistance it provides to different African countries that also perceive a threat from Iran in the region.

In that respect, Israeli-African efforts could focus not only on identifying possible terrorist cells across the continent but also on Iran’s ideological infrastructure operating in Africa — from universities through mosques to religious centers. Special emphasis might also be placed on an economic campaign against the assets of Iran and Hezbollah in the African continent.

The bottom line is that the recent diplomatic rupture between Morocco and Algeria is not only a local issue. Evidently, it reflects a broader trend of a possible diplomatic confrontation between Israel and Iran over influence in Africa.