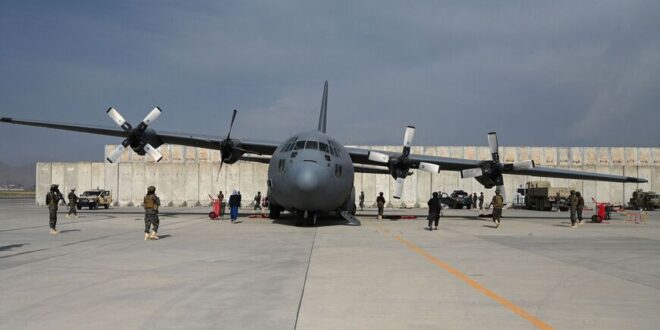 Qatar in talks with Taliban, Turkey to reopen Kabul airport

Qatar is working with the Taliban and Turkey to restore operations at the Kabul airport “as soon as possible,” Qatari Foreign Minister Sheikh Mohammed bin Abdulrahman Al-Thani said on Thursday, adding that there is “no clear indication” of when flights will resume.

“We are engaging with them and also working with Turkey, if they can provide any technical assistance on that front. Hopefully in the next few days there will be some good news,” Sheikh Mohammed said at a joint news conference in Doha with UK Foreign Secretary Dominic Raab.

“There is no clear indication when [the airport] is going to be fully operational yet. … We remain hopeful that we will be able to operate it as soon as possible,” Qatar’s top diplomat said.

On Wednesday, a Qatar Airways flight carrying technical experts arrived at the Kabul airport, which the United Nations has warned must be operational to ensure humanitarian aid can reach Afghanistan’s impoverished population.

Commercial flights at Hamid Karzai International Airport in Kabul were cancelled in the wake of the Taliban takeover last month. The military side of the airport was used by the United States and its partners until Aug. 31 to evacuate more than 123,000 civilians.

Qatar, which is home to the largest US airbase in the Middle East, served as the US military’s transit hub for tens of thousands of evacuees from Afghanistan. The Gulf Arab country, which hosted US-Taliban talks, has taken on a key role in determining Afghanistan’s future under the insurgent group. With the withdrawal complete, the United States has relocated its diplomatic mission in Afghanistan to Doha.

The Taliban has also requested Turkey’s technical assistance to reopen the airport in Afghanistan’s capital city. Turkey, which is NATO’s only Muslim-majority member, pulled its troops from the country ahead of the end-of-month deadline. Turkish officials say Ankara is still weighing the Taliban proposal, with security concerns being a major factor.

On Sunday, Turkish Foreign Minister Mevlut Cavusoglu said repairs to runways, towers and terminals on the civilian side of the airport are needed before flights can resume.

Post Views: 78
Previous Iran-Afghan trade has murky future under Taliban
Next Africa emerges as next scene of confrontation between Israel, Iran