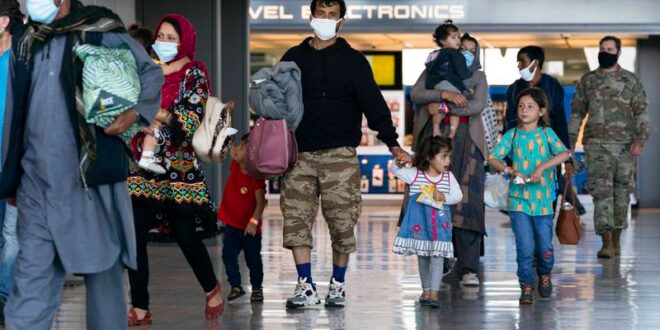 Celebratory gunfire erupted in Kabul on Friday night as rumours circulated that the Taliban had captured the Panjshir Valley, a last holdout against the Taliban sweep.

Heavy clashes have been reported in recent days between the Taliban and the Panjshir Valley-based National Resistance Forces (NRF), headed by former vice president Amrullah Saleh and Ahmad Massoud, the British-educated son of Ahmad Shah Massoud, who was killed in a suicide bombing two days before the 9/11 attacks in the US.

A Taliban leader told The National he could not confirm the status of Panjshir, as he had “not received anything official”.

Afghanistan’s popular Tolo TV carried a message from Mr Saleh, who said the fighting had been intense and that fighters on both sides had died.

Mr Saleh said he was still in the Panjshir Valley and added that he would stay to defend it.

“The reports about me are baseless and are our enemy’s propaganda. I am in Panjshir and had a number of meetings with commanders and political figures,” Mr Saleh said.

“We are controlling the situation. No doubt these are difficult times, we are being attacked by the Taliban … but we are defending our land and country.”

Mr Saleh admitted his side had taken casualties, saying he had attended the funerals of several soldiers, but he suggested the Taliban had also suffered losses.

A representative for Ahmad Massoud told The National that he and Mr Saleh remained in the valley and that claims the Taliban had taken the rugged, mountainous area were false.

“The Taliban are spreading lies and false information,” said Ali Nazary, who is the head of the NRF’s foreign relations wing. “Panjshir has not fallen.”

The staccato sound of gunfire throughout the capital lasting more than 30 minutes prompted the Taliban’s spokesman and head of its cultural and information commission, Zabihullah Mujahid, to warn his rank and file against wasting their ammunition.

“Avoid shooting in the air and thank God instead … Bullets are more likely to harm civilians, so don’t shoot unnecessarily,” Mr Mujahid said.