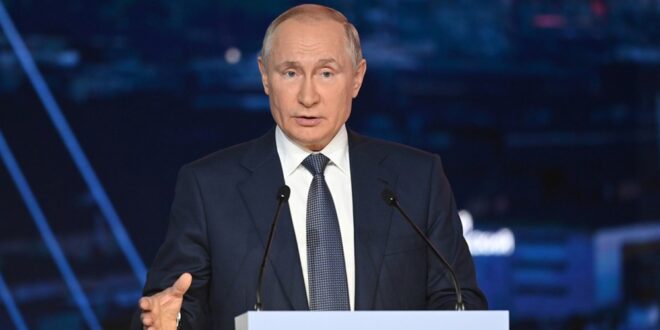 Russian President Vladimir Putin said on Friday that there would be no political force to talk to directly if Afghanistan breaks up as a country and called for joint efforts to decide about “legalizing” a political force in the country.

Putin made the comment at a forum in Vladivostok where he was asked if Moscow would recognize the Taliban government.

“We need to think about that the quicker the Taliban joins the family of let’s say civilized nations, the easier it will be to contact, communicate, somehow influence and ask questions. And if not demand, but inquire that civilized relations demand obeying civilized rules,” Putin said.

“In case of disintegration, there will be nobody to talk to – there is also The Islamic Movement of Uzbekistan and what else not is currently present in Afghanistan. All of that is a threat to our neighbors and allies,” he added.

The European Union Foreign Policy Chief Josep Borrell, meanwhile, stated that that the EU will engage with the Taliban, subject to strict conditions, but that does not mean the bloc is recognizing a new Afghan government.

“In order to support the Afghan population, we will have to engage with the new government in Afghanistan, which doesn’t mean recognition. It’s an operational engagement,” Borrell told a news conference during a meeting of the bloc’s foreign ministers in Slovenia.

Borrell added this engagement would increase depending on the behavior of the government, such as Afghanistan not serving as “a base for the export of terrorism to other countries” and respecting human rights, the rule of law, and the media.

Afghanistan would also have to form an inclusive, representative transition government, allow free access to humanitarian aid and allow foreign nationals and Afghans at risk to leave the country.

Borrell also said the block aims to coordinate its contacts with the Taliban through a joint EU presence in Kabul to oversee evacuations and to ensure that a new Afghan government fulfills commitments.