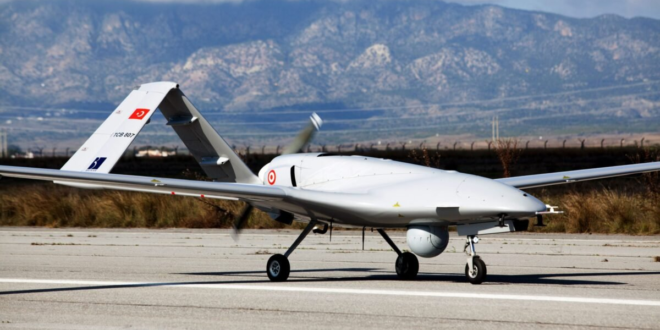 Turkey among top 3 countries in world in combat drone technology

“With our unmanned combat aerial vehicle Akinci, Turkey has become one of the three most advanced countries in the world in this technology,” Recep Tayyip Erdogan said at the delivery ceremony for the Bayraktar Akinci combat drone in the northwestern Tekirdag province.

Underlining that Turkey is determined to become the leading country in combat drones, Erdogan said Turkey has to develop new technologies.

The nation’s goal is to develop armed drones that can take off and land on aircraft carriers with short runways for use in missions abroad, he added.

Erdogan also praised Turkey’s extensive use of home-sourced defense products, which leaped from just 20% to about 80% in recent years

The Akinci, which to date has made 874 sorties in test and training flights, hit its targets with full accuracy in a July 5 firing test with warhead ammunition developed by Turkish rocket producer Roketsan.

Post Views: 109
Previous Report: Israel to call on US not to withdraw forces from Iraq, Syria
Next Return Of Taliban Triggers New Hate Wave In India