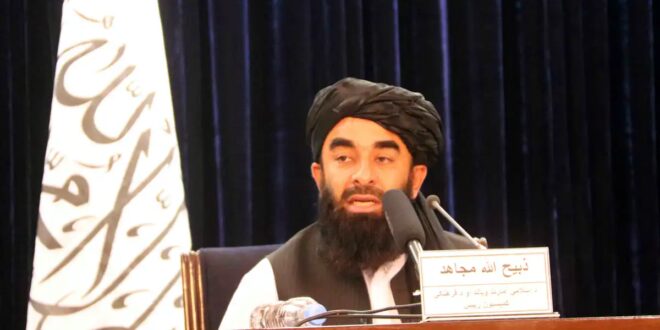 The ‘new’ Taliban regime in Afghanistan: different methods but the same political goal

In the press conferences that have followed the Taliban’s takeover of Afghanistan, the group has projected a changed image. Its spokesmen have attempted to distance this Taliban from the legacy of brutal force and violent oppression of women and ethnic minorities that characterised their 1990s regime, instead emphasising their concern for the safety and security of all Afghans.

In an uncertain period, it has been difficult to assess whether to take this image at face value. I argue that the Taliban’s ideology has not changed substantially, but that some aspects of the broader political and social environment have. Their ultimate political aim of establishing their version of an “Islamic government” remains, but the political methods they envisage using to achieve it have become more pragmatic.

This is the second time the Taliban have been put to the test of governing most of the country’s territory. Successfully taking over a country militarily is certainly not the same task as governing it. This was already clear in the 1990s. Coercion strongly underpinned the Taliban’s rule back then, since their extreme interpretations of religious sources did not attract much approval from the broader population. Basic services, such as healthcare, education and food distribution were limited.

Over the past two decades, the Taliban have worked to build their legitimacy, notably by presenting themselves as a viable political alternative to the Kabul government. That has included providing dispute resolution. Setting up a parallel court system has been a priority for the Taliban insurgency. In the areas they controlled, they barred people from attending government courts and channelled them towards their Taliban judges. This granted the group some level of authority.

But now that the Taliban completely oversees the state apparatus, they will have to prove that they are capable of delivering basic public services too. They must provide education and healthcare but also, simply, electricity and water to the population. Public services are currently heavily dependent on foreign aid programs and foreign assistance so there is an immediate challenge, even just in terms of how to pay for everything.

Part of their solution seems to be to incorporate elements of the existing civil service into their administration. A majority of public sector employees have been asked to return to their duties in the wake of the takeover.

Over the past decades, the expectations of the Afghan population have changed. A recent study shows how particularly women, regardless of their political stance and level of conservatism, have longed for greater freedom of movement, education for their children (and sometimes themselves) and a larger role in their families and wider social circles. Even under repression, the expectations the regime will meet from its civilians, will be more demanding than the 1990s.

During the 1990s, the Taliban were less capable – and perhaps less interested – in establishing broader international relations or engaging in diplomacy with other nations. Only three countries recognised the Islamic Emirate of Afghanistan of 1996 to 2001 – Pakistan, Saudi Arabia and the United Arab Emirates. Internationally, it was essentially a pariah state.

This time the Taliban seem better capable of managing their relations with the west, Russia, and neighbours such as Pakistan, Iran, Uzbekistan, Turkmenistan and China, each of which have their respective agendas. To improve their chances of international recognition, and to ensure various types of foreign material and moral support, the new Taliban regime will have to show some restraint at least.

But public announcements of restraint are no guarantee for what the general population on the ground will actually experience. The political pragmatism that the Taliban’s central leadership displays is not the same as moderation. Even if the central leadership is willing to show some restraint, the question remains if the same can be said of Taliban representatives around the country. Local differences in the group’s approach are likely to endure.

The Taliban’s ideology has not changed, nor has their ultimate political goal of establishing their version of an “Islamic government”. The post-2001 Taliban have, however, shown themselves to be pragmatic and open to the influence of external actors. A few strategic incentives, such as conditional foreign aid and investments, may induce the Taliban to show some restraint, at least in their public outlook. However, their current political pragmatism should not be confused with ideological moderation.