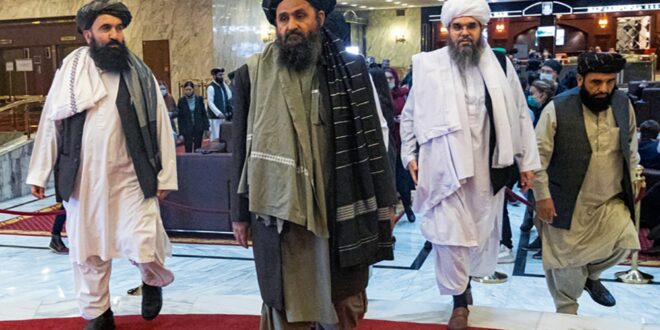 The Taliban have invited a number of countries, including Russia, to take part in an event dedicated to the announcement of the composition of the new Afghan government, Al Jazeera reported on Monday.

“We have sent invitations to Turkey, China, Russia, Iran, Pakistan and Qatar to take part in the [ceremony] of announcing [the composition of the new Afghan] government,” a Taliban official said.

The Taliban official, who was not named, also noted that the necessary procedures for the announcement of the new cabinet have been finalized.

He added that the Taliban would create “a regime that will be accepted by the global community and the Afghan people.”

On August 15, the Taliban swept into Kabul without encountering any resistance, establishing full control over the country’s capital within a few hours.

Afghanistan’s president at the time, Ashraf Ghani, said he had stepped down to prevent any bloodshed and subsequently fled the country.

Post Views: 85
Previous Turkey working with Qatar, US on running of Kabul airport
Next Qatar’s Emir discusses Afghanistan with U.S. secretaries of state and defense