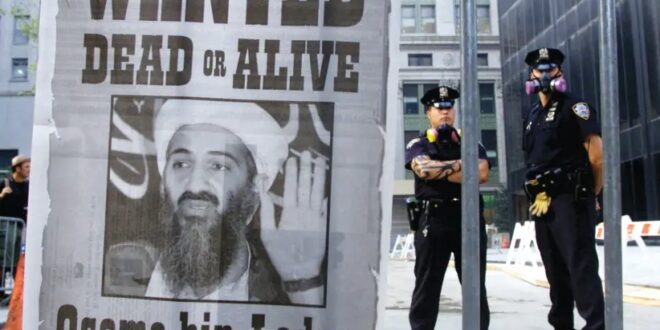 9/11: US and Israel learned to stop attacks, but not terrorist groups – analysis

Twenty years after 9/11, the lessons of that day are still inconclusive. It was traumatizing for a generation.

It was just after midnight when two Border Police officers on guard duty at a base near Kibbutz Bahan in central Israel were fired upon. According to the Foreign Ministry’s subsequent report, “Corporal Tzachi David and St.-Sgt. Andrei Zledkin were killed in the attack, both shot in the head as they patrolled inside the security fence of the base near the entrance gate; another officer was wounded. The terrorists apparently fled into nearby Palestinian villages in the area of Tulkarm.”

Flight 11 would hit the North Tower of the World Trade Center at 8:46 a.m., beginning the day of tragedy that has become known as 9/11.

Israel was already reeling from terror attacks. Its citizens had been killed daily for a year since the Second Intifada began in September 2000. On September 9, 2001, for instance, Ya’akov Hatzav, 42, of Hamra in the Jordan Valley, and Sima Franko, 24, of Beit She’an, a kindergarten teacher, were killed in a shooting attack 300 meters south of Adam junction in the Jordan Valley. Later that day, Dr. Yigal Goldstein, 47, of Jerusalem, Morel Derfler, 45, of Mevaseret Zion, and Sgt. Daniel Yifrah, 19, of Jerusalem, were killed and some 90 injured, most lightly, in a suicide bombing near the Nahariya train station, according to the Foreign Ministry, which keeps a tally of terror attacks.

The September 11 terror attacks appeared to shock the US into the realization that terrorism was no longer a law enforcement issue. There had been debates during the al-Qaeda attacks against the US embassies in Kenya and Tanzania in the 1990s and the USS Cole bombing in 2000 off Yemen, that the US could approach terror threats using the FBI and law enforcement. While the US had ostensibly been fighting terrorism since the 1980s, it didn’t have a cohesive policy on going after terror groups.

It’s hard to remember now, but after 9/11 some of the reactions in the US and among critics abroad was that America “deserved” the terror attacks and that this was “blowback” for US “imperialism.” The caricature of American “imperialism” is interesting to think about because the US had only been a global superpower for 10 years by 9/11, from president George H.W. Bush’s famous speech about a “new world order” in 1990.

“We stand today at a unique and extraordinary moment,” Bush told a joint session of Congress on the striking date of September 11, 1990. “The crisis in the Persian Gulf, as grave as it is, also offers a rare opportunity to move toward a historic period of cooperation. Out of these troubled times, our fifth objective – a new world order – can emerge: a new era – freer from the threat of terror, stronger in the pursuit of justice, and more secure in the quest for peace. An era in which the nations of the world, East and West, North and South, can prosper and live in harmony.”

Bush’s policy, putting in place a rules-based international world order that embraced liberal and democratic values, was important for the 1990s. The US in that era was involved in humanitarian interventions, such as Haiti and Somalia. The US was also involved in muscling its way into Panama in 1989 and later in bombing campaigns in the Balkans. This was the “empire” some referred to. Even in the US, right-wing voices like Pat Buchanan were advocating a more isolationist policy, “a republic, not an empire,” they said. And on the Left, the same critique was clear, from those like Noam Chomsky. Anger over the Clinton administration’s humanitarian interventions and claims of “nation-building” or “global policeman” policies gone awry led president George W. Bush to take a reticent view of the US role in the world being projected through armed power.

In the immediate wake of 9/11 these critical voices emerged protesting an attack on the Taliban, claiming Osama bin Laden could be “apprehended” somehow. They advocated speaking to the Taliban, not invading and causing what some alleged would be a “famine.” Indeed, on September 20, 2011, Oxfam warned that “nearly 3 million people across Afghanistan are facing severe food shortages as a result of drought… as it called on donor governments to act now before the crisis becomes a catastrophe.” It was unclear if this “famine” had emerged as a talking point to discourage the looming US invasion.

The US went into Afghanistan to fight alongside the Northern Alliance, a group that was resisting the Taliban. The head of the alliance, Ahmad Shah Massoud, had been killed on September 9 in a terror attack by al-Qaeda. At the time it had seemed like a coincidence that the main opposition leader to Taliban rule should be killed two days before 9/11. In retrospect it doesn’t look like coincidence, but rather al-Qaeda cleaning house like the scene in The Godfather when Don Corleone orders the killing of all his enemies. Bin Laden expected to destroy the last opposition to its role in Afghanistan, and take down the United States at the same time.

Massoud was already a well-known figure among writers who covered Afghanistan. He was also well-known inside the US government. The film Path to 9/11 would show how FBI counterterrorism expert John P. O’Neill and the CIA wanted to work with Massoud against bin Laden. The film shows what became a subsequent theme in US policy on Afghanistan: the way in which US allies like Pakistan were playing both sides, backing the Taliban and probably hosting groups like al-Qaeda, while working with the US. Even after 9/11, countries like Pakistan would continue to keep a finger in Afghanistan. Bin Laden would eventually be hunted down in Pakistan, likely being sheltered by the regime there.

WHAT WE learned after 9/11 was that the US embarked on a wide-ranging global war on terror, but the US never really sought to eradicate all terror groups. Instead the question of what constituted a “terror” group would constantly change. Israel likely thought that the US joining the war on terror would mean US sympathy for what Israel was facing. However, deeply ingrained views in the West that portray the Israeli-Palestinian conflict as sui generis mean that terror groups like Hamas were seen as different than al-Qaeda. Iranian-backed groups like Hezbollah have also been seen consistently as different.

There were some consolation prizes for Israel. Warnings about the growing role of jihadist violence and groups likened to the Muslim Brotherhood led some European countries to start to want to learn from Israel’s experience. Where European countries had once portrayed terror attacks like the 1972 Munich Olympics massacre as something done just to “Israelis,” soon after 9/11 there would be a series of jihadist attacks in Europe, from the Madrid bombings in 2004 to the 2005 London bombings and to the attacks the following decade in Paris and elsewhere.

However, it’s not clear what lessons were learned in the end from Israel’s experience. Israel never completely defeated terror groups; it merely walled Hamas off in Gaza, and pounded Hezbollah in 2006 until both Hezbollah and Israel appeared tired of fighting. Meanwhile, the US didn’t learn the lessons of Israel’s counter-insurgency challenges, and went into Iraq in 2003 without a plan of how to get out.

What the US found in Iraq was what Israel found in Lebanon in 1982, initial success followed by a decade of war. America tried different strategies, such as counter-insurgency and counterterrorism. Eventually the US even moved through the “surge” to what it called the “by, with and through” strategy, which put most of the focus on local forces doing the work. While that worked in eastern Syria against ISIS, it failed miserably in Afghanistan, and the Afghan government collapsed in a week of fighting in August 2021. The Iraqi army was only able to defeat ISIS because of the mobilization of Kurdish Peshmerga and Iraqi Shi’ites, backed by pro-Iranian militias.

Twenty years after 9/11, the lessons of that day are still inconclusive. It was traumatizing for a generation. Today a new generation must manage a world left behind by America’s attempt to impose its will on countries and then Washington’s decision to retreat from those same countries, such as Afghanistan.

In the long-term wake of the attacks it appears US adversaries such as China, Russia and Turkey are rising, and US friends are weaker than in the past. The Taliban have won in Afghanistan. An al-Qaeda offshoot now controls Idlib province in Syria and is backed quietly by Turkey. That means that the same extremists the US once fought are now appearing to get the red carpet from Moscow to Doha.

On a purely security front, the US and its allies, including Israel, have learned the lesson of how to stop most terror attacks, but they haven’t learned how to defeat terrorist groups.