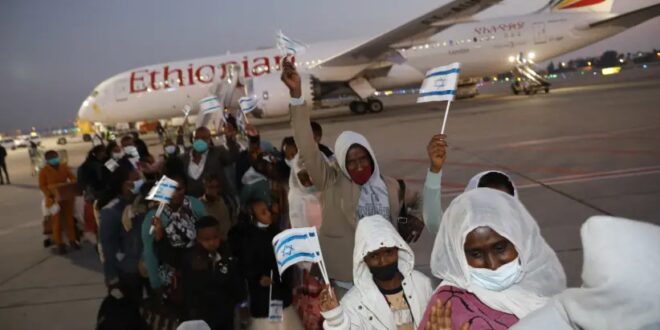 Aliyah and Integration Minister Tamano-Shata also hopes to bring 3,000 of those remaining in Ethiopia to Israel by the end of 2022, as part of the “Rock of Israel” operation she initiated last year.

The government approved on Sunday a NIS 156 million budget aimed at creating equal opportunities, combatting discrimination and integrating the Ethiopian-Israeli community into general society in the best way possible.

The issue was pushed through thanks to the efforts of Aliyah and Integration Minister Pnina Tamano-Shata (Blue and White), who is Ethiopian herself, and was voted on in the government’s weekly meeting Sunday morning.

A number of ministers commented on the issue, including Prime Minister Naftali Bennett.

“Not everything is a budgetary issue. Israeli society needs to continue changing the way it views and treats Ethiopian Israelis,” Bennett said in the meeting.

“We must make sure that there are no neighborhoods just for Ethiopian-Israelis,” Defense Minister Benny Gantz said. “They are part of Israeli society and we need to advance relevant construction plans and invest in the neighborhoods in order to create integration.”

“We have a lot of work to do in order to continue changing reality, beginning with reducing over-policing, creating equal educational opportunities and advancing appropriate employment options,” Tamano-Shata said at the meeting.

Finance Minister Avigdor Liberman (Yisrael Beytenu) commented that the issue was a consensus in the government, which is committed to helping Ethiopian Jews make aliyah (immigrate) and integrate into Israeli society.

“We need to change how easily Ethiopian-Israeli children are sent to boarding school,” he said. “They are the same as all other children and we need to make sure that the educational system does not give up on them.”

During the budget negotiations in late July and August, Tamano-Shata threatened to resign from the government and oppose the budget from the Knesset if sufficient funds were not allocated for immigration from Ethiopia.

Along with investing in Ethiopian Israelis, Tamano-Shata hopes to bring 3,000 of those remaining in Ethiopia to Israel by the end of 2022, as part of the “Rock of Israel” operation she initiated last year, which brought 2,000 members of the community to Israel during the course of 2020 and 2021.