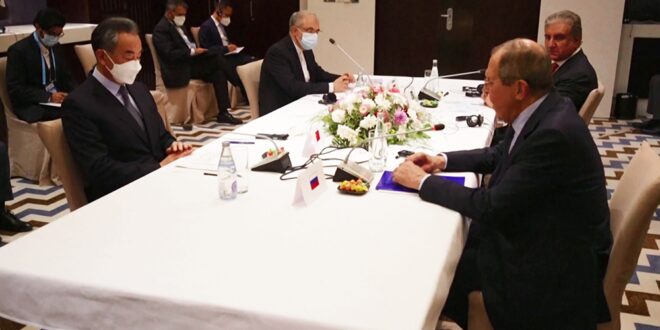 Senior officials from China, Russia, Pakistan and Iran reached a consensus on Thursday to step up communication and coordination on the Afghan issue, Reuters reported.

Speaking at the meeting, Wang said that it is necessary for the four countries to strengthen communication and coordination, make unanimous voices, exert positive influence, and play a constructive role in stabilizing the situation in Afghanistan.

According to the report countries in the region expect the new Afghan government to be inclusive, anti-terrorist and friendly to neighbors, he stressed.