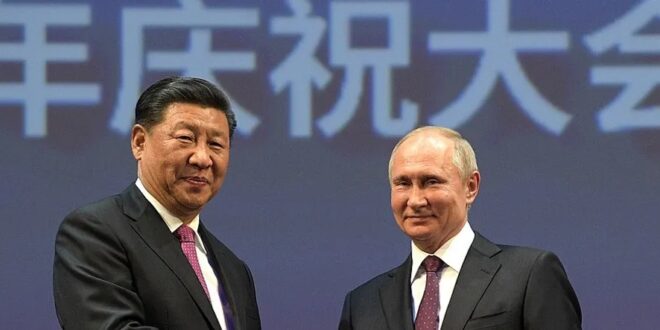 Russia’s Economic Pivot to Asia in a Shifting Regional Environment

This Emerging Insights paper analyses Moscow’s ambitions for its ‘pivot to the East’, assesses its progress and evaluates the impact of the Indo-Pacific concept on Russian strategy.

Russia’s ‘turn to the East’ (povorot na vostok) has been underway for around a decade. Before 2014, the ‘Pivot’ was principally concerned with exploiting the rapid economic growth in Asia. But events in 2014 gave it a more explicit geopolitical rationale. As relations with the Euro-Atlantic community deteriorated following Russia’s annexation of Crimea and the outbreak of hostilities in southeastern Ukraine, Moscow’s need to diversify its foreign relations became urgent. The Pivot was suddenly as much away from the West as it was towards the Asia-Pacific. The Russian leadership emphasised the importance of using the Pivot to both improve Russia’s geopolitical position and stimulate the development of Russia’s Far East (RFE) and other resource-rich regions, such as Siberia and the Arctic.

Superficially, this process has gathered momentum over the past decade. Russia today enjoys closer economic relations with China, which is now both its largest trade and most important strategic partner. Moscow has also invested considerable efforts in diversifying Russia’s relations with the wider Asia-Pacific region. This is important to Russia’s leadership because it might help prevent Russia from becoming excessively dependent on trade with China in the future. Some success has been achieved. India remains an important and longstanding partner, as do countries like Vietnam and Bangladesh. Moscow has also managed to achieve some success in opening new markets and building relationships with the likes of Indonesia, Myanmar and Singapore. However, for all the effort that Moscow has made to establish closer economic ties with the countries of the Asia-Pacific, the Pivot is dominated by the shift to China. Worryingly for the Kremlin, the emergence of the Indo-Pacific regional idea – conceived by Moscow largely in security terms and seen as driven by the US and its allies in an attempt to contain Chinese influence and marginalise Russia – threatens to further complicate Moscow’s plans to build closer economic ties beyond China.

The paper is structured as follows. The first section outlines the economic dimension of Moscow’s strategic objectives in Asia, arguing that Russia’s Pivot is designed to simultaneously increase its strategic autonomy on the global stage and to help develop its economy, especially the RFE. This is followed by a brief description of the progress that Russia has made in bringing about closer economic relations with the countries of the Asia-Pacific. It is noted that while China’s share of trade with Russia has grown sharply, the share of other Asia-Pacific countries has not grown at all. Furthermore, the bulk of the investment activity that is undertaken to promote Moscow’s goal of more closely linking the RFE with the economies of the Asia-Pacific region is carried out by state-owned Russian enterprises engaged in ‘mega projects’ in the natural resources sector. The only significant new Asian investment in the region is from China. Very few projects of note in the Far East involve actors from countries elsewhere in the Asia-Pacific. A third and concluding section considers how the emerging US-led concept of the Indo-Pacific region might affect Moscow’s attempts to forge closer economic and political ties with the countries of the region. It is argued that Moscow may find its position in the region is weakened, especially in those countries, like India, that are seeking to balance Chinese power by aligning themselves more closely with the US. This could make it even harder for Russia to establish a larger economic footprint across the region and ultimately leave Russia even closer to China.