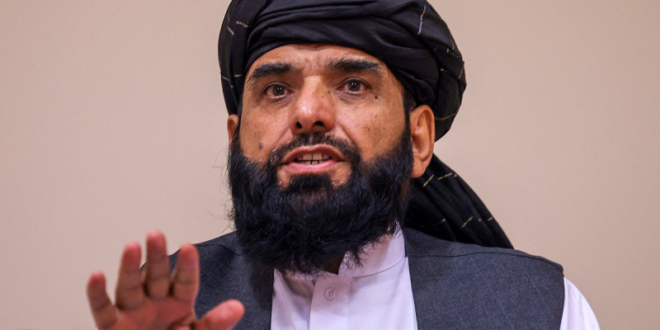 The Taliban has announced that its government aims to establish ties and diplomatic relations with all countries of the world, except for Israel.

According to the group’s spokesman Suhail Shaheen, who spoke to the Russian state-owned news agency Sputnik, the group will even allow relations to develop with the United States which occupied Afghanistan for two decades.

“If America wants to have a relation with us, which could be in the interest of both countries and both peoples, and if they want to participate in the reconstruction of Afghanistan, they are welcome,” Shaheen stated. He ruled out one country, however, revealing that “of course, we won’t have any relation with Israel. We want to have relations with other countries, [but] Israel is not among these countries.”

The spokesman’s announcement comes a month after he was implicated in a controversy relating to the Israeli channel Kan to which he gave an interview. Shaheen insisted afterwards that he was not aware the channel was Israeli, however, saying that “some journalists may be masquerading but I haven’t done [an] interview with any one introducing himself [that] he is from an Israeli media.”

The former Afghan government, which the Taliban recently overthrew, also had no official relations with Tel Aviv.

Post Views: 150
Previous Israel could benefit most if Algeria fails to renew Morocco gas pipeline deal
Next What Should the United States Expect from a Taliban Government?