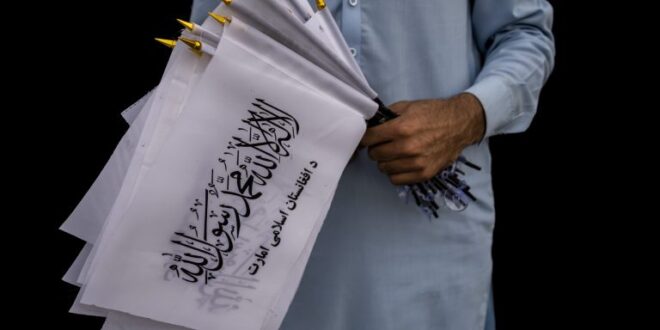 Just last week, the Taliban installed several members of the Haqqani Network in senior government positions, including Sirajuddin Haqqani as interior minister and Khalil Haqqani as minister for refugees.

The threat posed by Islamic State Khorasan (ISK) looks likely to bring the Taliban and al-Qaeda even closer together.
Because the Taliban has now assumed responsibility for governing Afghanistan, its bandwidth to monitor al-Qaeda and other jihadist groups will be limited.

There is major concern in Washington DC and allied capitals about the future role played by external actors in the region, especially Iran, Pakistan, Russia, and China.

Twenty years after being ousted by United States-led forces, the Taliban have returned to power in Afghanistan. Just last week, the Taliban installed several members of the Haqqani Network—an insurgent group and subset of the Taliban—in senior government positions, including Sirajuddin Haqqani as interior minister and Khalil Haqqani, Sirajuddin’s uncle, as minister for refugees. Both Haqqani appointees are wanted by U.S. authorities for their involvement in terrorist activities; Sirajuddin Haqqani has a $10 million bounty on his head through the State Department’s Rewards for Justice Program and a $5 million bounty through the FBI, and the FBI is also offering a $5 million reward for information leading to Khalil Haqqani’s arrest. The former Haqqani is described as a specially designated global terrorist, while the latter has been accused of acting on behalf of al-Qaeda and linked to al-Qaeda “terrorist operations.” The Haqqani network, which is a part of the Taliban, was designated as a foreign terrorist organization (FTO) on September 19, 2012, nearly nine years ago. The Haqqani Network remains responsible for some of the most devastating attacks against civilians during the last two decades of conflict. Moreover, several members of the government are listed under UN sanctions regimes, complicating political engagement and the delivery of humanitarian assistance and support where designated terrorist groups or individuals are involved.

The Taliban is now in charge of Afghanistan and has never broken its relationship with al-Qaeda. With al-Qaeda leaders pledging bayat (allegiance) to the Taliban, the latter is the senior partner in the arrangement. The Haqqani Network is the connective tissue that links al-Qaeda with the Taliban. The Taliban and al-Qaeda need each other—the Taliban benefits from al-Qaeda’s continued support, which is a force multiplier, and al-Qaeda depends on the Taliban to provide safe haven and sanctuary to reestablish its base of operations and regrow its network. The threat posed by Islamic State Khorasan (ISK) serves to bring the Taliban and al-Qaeda even closer together. While it does not behoove the Taliban to allow al-Qaeda to set up shop on Afghan soil if al-Qaeda’s goal once again becomes targeting the West—the Taliban just regained power, and it doesn’t want to risk losing it as a result of an al-Qaeda attack in Europe or the United States—there are serious doubts about whether the Taliban could prevent al-Qaeda from perpetrating such an attack if they possessed the appropriate means and determination. Moreover, it may be necessary in that case for the international community to consider if there is willingness to give the Taliban any incentive for cooperation with Western powers.

Former U.S. State Department Coordinator for Counterterrorism Nathan Sales suggested that al-Qaeda could regenerate its external operations planning capabilities within six months, and the Central Intelligence Agency and the Defense Intelligence Agency have assessed that al-Qaeda could rebuild in a year or two. As Ali Soufan has noted, it took from just 1996 for the organization to go from a nascent entity to the 9/11 attacks, benefitting in great part from international inattention and the instability in Afghanistan. Because the Taliban is now tasked with governing the war-torn country of Afghanistan, its bandwidth to monitor al-Qaeda and other jihadist groups in the country will be limited. Even if al-Qaeda does not seek to immediately rebuild its networks with the intention of attacking the West, it could do so with the aims of becoming a major player once again throughout South Asia.

There are a number of regional scenarios that could afford al-Qaeda the opportunity to play a more significant role beyond Afghanistan’s borders. While the international community is struggling to discern exactly what to make of a Taliban-led government in Afghanistan, the notion of a “kinder, gentler” Taliban is preposterous, as evidence of civilian killings, violence against women, and media restrictions continue to mount. The gains of a generation of Afghan women are likely to be nullified completely, and the Taliban appear to have strategically aimed their violence to discourage a new generation of professionals, educators, and the media from building on the progress made to date. The Taliban in 2021 is the same as the Taliban of twenty years ago, especially in terms of ideology. The Taliban may temporarily be more pragmatic in its public declarations and dealings, particularly while media attention is still on Kabul, as they are a learning organization, fully aware of the risks of immediately reverting to pre-September 11, 2001 form, and can be expected to divert to their hardline stance as the world’s attention eventually shifts to addressing other crises.

The Taliban’s leadership is aware of the importance of garnering political legitimacy and recognition, having lobbied the UN Security Council to be removed from the (“1267”) terrorism sanctions regime, and in the interest of securing formal recognition by international actors as the government of Afghanistan. Moreover, their behavior will also be shaped by the pressure to secure promises of foreign aid to meet the many needs of the Afghan people. Food shortages have been exacerbated following the takeover and the World Food Programme has stated that nearly 14 million Afghans are on the brink of starvation. The international community will be necessary for Afghanistan to avoid a major humanitarian catastrophe, and the UN Special Envoy on Afghanistan, Deborah Lyons, told the Security Council recently that it was crucial for Afghanistan to be able to access the nearly $10 billion of its central bank assets to stave off a “total breakdown of the economy and social order.” There is also major concern in Washington, D.C and allied capitals about the future role played by external actors in the region, especially Iran, Pakistan, Russia, and China. Whether the United States likes it or not, these countries will all have a more hands-on role in the future stability (or instability) in Afghanistan, just when the U.S has fewer resources on the ground. Some of these countries are likely already cultivating proxy forces or preparing for the next phase of the conflict.

Post Views: 49
Previous Taliban says it wants to build relations with all countries, except Israel
Next Taking Stock of the Terrorism Landscape in the United Kingdom