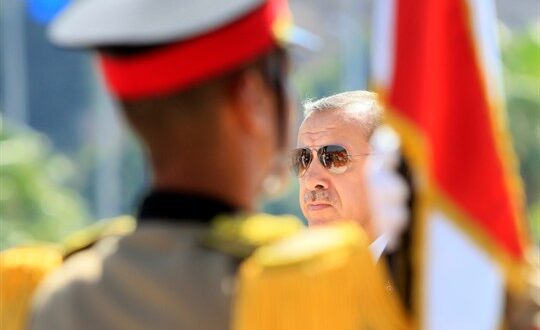 In mid-March, Turkey and Egypt confirmed they’d had their first diplomatic contact since breaking off relations in 2013. Though the talks were described by Egyptian sources as preliminary, Turkish Foreign Minister Mevlut Cavusoglu was quoted as saying, “Contacts at the diplomatic level have started.”

The thaw comes after a decade of intense rivalry that saw the countries on opposing sides of the war in Libya, the blockade of Qatar by its neighbors and energy disputes in the Eastern Mediterranean. Relations between Ankara and Cairo quickly deteriorated after the military takeover led by Abdel Fattah el-Sisi, the general-turned-civilian president, which toppled the government of democratically elected President Mohamed Morsi in 2013. As recently as last year, the rivals were seemingly on the brink of a military confrontation over Libya.

Post Views: 76
Previous The Persistence of Borders in a Globalized World
Next Will Taiwan’s Dongsha Islands Be the Next Crimea?