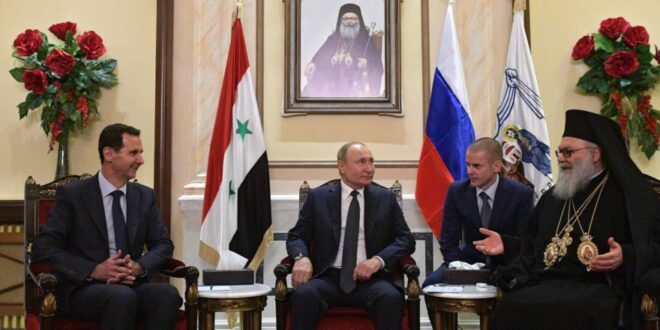 September 2021 marks the sixth anniversary of the Russian Federation’s intervention in the Syrian civil war. A patient, flexible strategy set against irresolute and muddled Western strategies allowed Moscow to achieve its initial aim of preventing the fall of the Bashar al Assad regime. The Kremlin also re-established itself as a player in the geopolitics of the Middle East. Barely two years into the intervention, pundits were hailing the Kremlin’s victory. Four years after these premature declarations, much of Syria remains outside the control of Russia and its allies, who seem to have no idea how to turn their initial military success into a political victory. The Syrian Democratic Forces (SDF), backed by a small but potent U.S. military presence, still control the northeastern third of the country. A U.S. garrison and the security zone around it dominate the critical Al Tanf, region where the Syrian, Jordanian, and Iraqi borders meet. The volatile province of Idlib in Syria’s northwest hosts an array of groups—from al Qaeda’s former Syrian affiliate to Turkish-backed militias—all dedicated to Assad’s ouster. An escalation there in early 2020 very nearly brought Russia and Turkey into direct military conflict. Having failed in its attempt to rebuild the Syrian Army and have it assume the lead in the war, Russia has been quietly reinforcing its contingent in Syria, which some estimates now put as high as 13,000.

Russia’s struggle to extricate itself from Syria is a problem. The Russian public’s increasing weariness with the Kremlin’s foreign adventures is a bigger one. A recent poll by the Russian Levada Center found that only 32% of Russians say it is important for Russia to be a superpower respected by others—the lowest figure in the Vladimir Putin decades—while 66% say a high standard of living is more important than being a major power. The Kremlin’s struggle to extricate itself from the war is not its only geopolitical conundrum. Russia’s unacknowledged but obvious presence in Ukraine is in its seventh year. The chaos left behind after the U.S. withdrawal from Afghanistan may also force Moscow to increase its military presence in Central Asia. Taken together, these deployments could strain Russia’s expanded but still limited resources of military power.

Although they may feed the Kremlin’s view of itself as a power on the rise and its need to compete with the West, especially the United States, the deployments do little to assuage the concerns of ordinary Russians. Russia is not a democracy, but its government must still be attentive to the will of the public. In the two-plus decades of Putin’s presence at the seat of Russia’s government, his claim to legitimacy was based either on his stewardship of the economy or his ability to protect Russia from the alleged threat posed by the West. Given the Russian public’s clear preference for butter over guns, and the fact that real Russian per capita gross domestic product was lower in 2020 than it was in 2008, the economic argument finds little traction. Fear of Western encroachment, which peaked during the Ukraine crisis of early 2014, has receded to the point that most Russians view the West as either an ally (44%) or a friend (13%), with only 29% viewing it as a rival and 5% viewing it as an enemy. Unless it is able to balance its desire for great power status with an ability to address the concerns of Russians, Moscow may find its foray into high-stakes geopolitics costlier than anticipated.