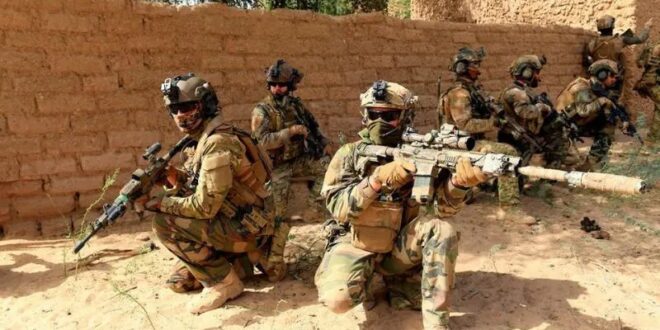 The military transitional government of Mali is expected to announce a deal with the Russian Wagner Group to combat the Islamic jihadist movements that are spreading violence across the country.

Moscow has confirmed the deal. Nevertheless, it stated that it had nothing to do with the negotiations as Mali approached Wagner directly. Moscow said that Mali feels it is effectively being banned by France which decided to unilaterally withdraw from the country.

Mali will hire 1,000 Wagner Group mercenaries to help fight ISIS jihadists in the Greater Sahara, which is believed to have at least several hundred fighters in the region. Wagner will also face off against al-Qaeda in the Islamic Maghreb (AQIM) and Nusrat al-Islam, officially known as Jama’a Nusrat ul-Islam wal al-Muslimin (JNIM).

Mali will pay the company $10.8 million a month, according to a Reuters report.

Wagner Has a ‘Legimitate Right’ to Be in Mali

Wagner Group mercenaries have a deserved reputation for violating human rights everywhere they’ve been deployed to from Libya and Syria to the Central African Republic (C.A.R.). A video of them sledgehammering a man in Syria was posted on the internet.

The French defense ministry declined to comment on the deal.

Paris has been evolving its mission in the Sahel. It has 5,100 troops in Mali as part of Operation Barkhane but is pulling them back from the country’s northern parts. France could reduce its troops in the Sahel to 2,500 by 2023.

The UN, which has some 15,000 peacekeepers in Mali, plans to include more European partners. European nations organized and lead the Takuba Special Operations Task Force. Takuba is comprised of forces from 14 EU countries. It trains, advises, and assists host nation forces.

Russian Foreign Minister Sergey Lavrov said on Saturday, in reference to Wagner, that private Russian military contractors have a “legitimate” right to be in Mali since they were invited by the country’s transitional government.

“They are combating terrorism, incidentally, and they have turned to a private military company from Russia in connection with the fact that, as I understand, France wants to significantly draw down its military component which was present there,” Lavrov said during a press conference.

“This is an activity which has been carried out on a legitimate basis,” he added. “We have nothing to do with that.”

“The new situation resulting from the end of Operation Barkhane puts Mali before a fait accompli — abandoning us, mid-flight to a certain extent — and it leads us to explore pathways and means to better ensure our security autonomously, or with other partners,” Maiga said.

The West Pushes Against the Deal

The United States has said that the introduction of 1,000 Wagner mercenaries into the fray won’t help with the security but further destabilize the country. In an effort to cancel the agreement with Wagner, the U.S. sent the commander of U.S African Command (AFRICOM) General Stephen Townsend, to Mali on Thursday. There, General Townsend and other U.S. officials met with Malian transitional President Colonel Assimi Goita and Defense Minister Sadio Camara.

“Malian and international partner forces have shed blood together while fighting against the terrorists that threaten innocent civilians in Mali and the Sahel,” Townsend said in a statement Friday after his meeting.

“We want to continue this long-standing partnership,” he added.

The United States has limited its cooperation with Mali since the coup-within-a-coup which put Colonel Goita in power.

Goita was the head of the National Committee for the Salvation of the People, a military junta that seized power from former President Ibrahim Boubacar Keita in a 2020 coup. Goita later took power from interim President Bah Ndaw in another coup in late May after a Ndaw instituted a cabinet reshuffle that removed many of the military junta members from power. Goita has promised to hold elections in 2022.

Many in the U.S. and the EU have expressed concern about Russia and the Wagner Group being involved in Africa. Wagner has done Moscow’s dirty work on the continent while allowing Putin’s government to have plausible deniability.

Back in June, Vice Admiral Hervé Bléjean, director-general of the European Union Military Staff, said, “They bring nothing to the country except immediate security answers, maybe, at the price of committing a lot of… violations of human rights and atrocities.”

On Friday, European Union foreign policy chief Josep Borrell said to the media that the presence of Wagner Group mercenaries in Mali would be “a red line for us.”

“It would have immediate consequences on our cooperation [with Russia] on many other issues,” he added.