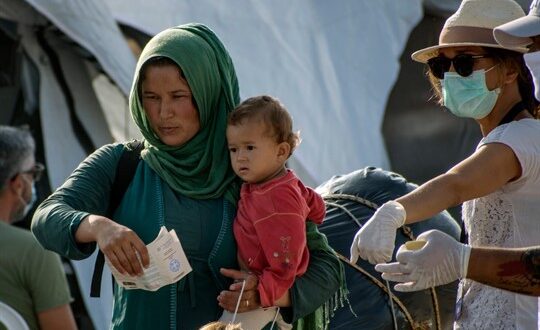 When British Prime Minister Boris Johnson left the hospital in April 2020 after having been treated for COVID-19, he released a widely viewed video address in which he thanked the nurses that had cared for him. In singling out two for special mention—Jenny from New Zealand and Luis from Portugal—he shone a spotlight on the critical role that migrants have played during the pandemic.

Throughout the world, migrants work essential jobs. Migrant women in particular play significant roles in the health care and domestic support industries, caring for patients and the elderly. Women make up nearly half of international migrants, and there is nothing new about them leaving their home countries in search of better lives abroad. Doing so often contributes to women’s development, but it also exposes them to new risks and vulnerabilities, more evident now than ever.

Post Views: 123
Previous Wealthy Countries Are Backsliding on Asylum Rights
Next Europe’s Center Has Held, but at What Cost?