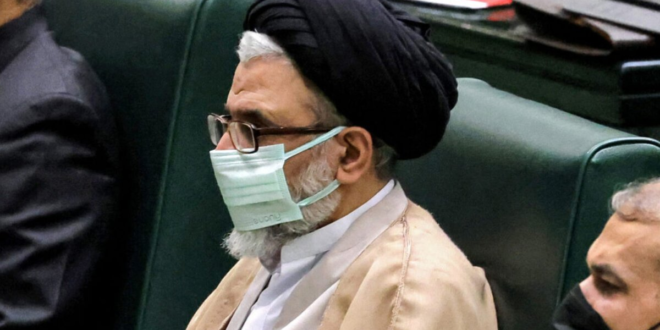 Iran’s intelligence minister warns US and Israeli bases in Kurdistan

The Iranian Minister of Intelligence, Esmail Khatib, warned the US and Israeli bases in the Kurdistan region of Iraq against attempting to disrupt Iranian security because they “will face an agressive and effective response.”

“Let the counter-revolutionary sides and their supporters in the region know that by trying to breach Iranian security, they will face a decisive and devastating response from the Iranian armed forces and security services,” Fars news agency quoted Khatib as saying.

Last Sunday, Al-Mayadeen correspondent reported the killing of militants and the arrest of others in clashes with Iranian security at the border with Iraqi Kurdistan.

The report noted that the militants were planning to carry out attacks and assassinations against the Iranian armed forces, and that weapons were seized in the possession of the terrorist group during the clash in Piranshahr border.

The Chief of the General Staff of the Iranian Armed Forces, Major General Mohammad Hossein Bagheri, confirmed that his country “will not tolerate any hostile movements on its borders,” stressing that “Iraq and the Kurdistan region should not allow the mercenaries of the USA and Israel to establish training camps on our borders.”

The Secretary of the Iranian Supreme National Security Council, Ali Shamkhani, said during his meeting with Iraqi Prime Minister Mustafa Al-Kadhimi, mid September, that “the activity of terrorists in Kurdistan is concerning,” adding that “the activity of terrorist groups in the Kurdistan region of Iraq targets border security between the two countries,” pointing out that “the terrorists must be expelled from northern Iraq.”