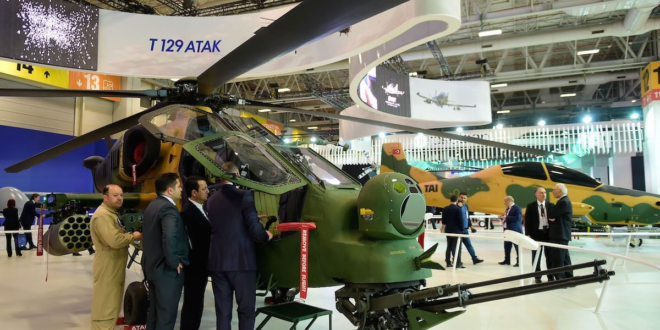 Turkish media has raised concerns that a spy cell has leaked technology projects to Israeli companies at a time when the country’s public prosecutor has charged 11 people with leaking information about Turkey’s defence industries to international companies.

Yeni Safak said Turkey’s defence industries have developed significantly over the past few years, with its drones being at the forefront of its international weapons trade. This, it added, will allow Turkey to move into a new phase in its arms sales.

The newspaper said, as a result, Turkey has become a target for technological and commercial espionage, referring to the seizure of spy cells on industrial projects in the defence field.

It stressed that the investigation launched by the Ankara Prosecutor’s Office into a leak of information related to the presidency’s national defence and navy projects in exchange for money had been closed.

Post Views: 241
Previous Islamist Terrorism Flourishing Under the Taliban
Next Iran’s intelligence minister warns US and Israeli bases in Kurdistan