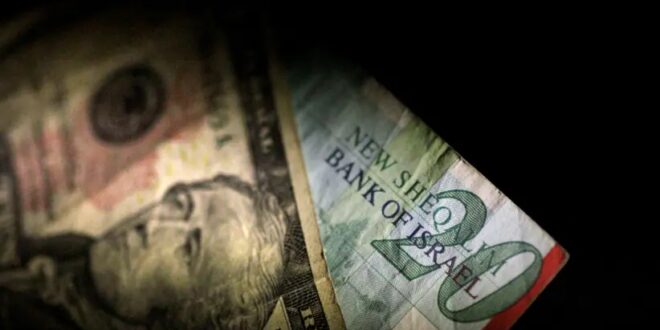 Over 500 Israelis were exposed in the massive “Pandora Papers” exposé revealing offshore dealings of hundreds of officials and businessmen.

The Pandora Papers is the world’s largest-ever journalistic collaboration, with over 600 journalists from 117 countries analyzing over 11.9 million documents, according to the ICIJ. The documents expose over 330 politicians from over 90 countries.

The documents, some of which date to 1970, were leaked from the confidential records of 14 offshore service providers that give services to wealthy individuals and corporations, allowing them to conceal their identities from the public and even regulators.

Holding a trust or company in a tax haven is not a violation of Israeli law, and the Israelis mentioned in the leaked documents may not have committed any crime.

The word Israel appears over 40,000 times in the documents, according to Shomrim, a nonprofit investigative journalism newsroom and ICIJ’s partner in Israel.

There are 565 Israelis listed as final beneficiaries of companies, placing Israel in 16th place among all countries in the leak in terms of the number of beneficiaries. Ten of the billionaires in the Pandora Papers are from Israel, according to ICIJ, but some of the beneficiaries listed are relatively small businesses.

The Pandora Papers revealed that former Jerusalem mayor and current Likud MK Nir Barkat held shares in several companies and communicated through his lawyers with at least one of them when due diligence was conducted, until he was elected to the Knesset in 2019.

After his election, he transferred the shares to his brother Eli Barkat, despite the Ethics Committee requiring new MKs to sell or lease their holdings to a person who is not a relative.

Barkat also held shares in a large company that registered in a tax haven instead of in Israel. At the beginning of this year, the company in question expected that its profits in 2025 would stand at about $700 million, according to Shomrim.

Although Barkat stated during his time as Jerusalem mayor that he preferred to deal with public affairs and did not deal with the holding company owned by him and his brother, the leaked documents showed that, as part of due diligence, a series of documents and details were requested from the company’s shareholders, which included Barkat.
The holding company, BRM, participated in 2007 in the initial capital raising for eToro, a social network for trading in the capital market, based in Bnei Brak but registered in the Virgin Islands, according to Shomrim. In March 2021, eToro announced that it would enter the NASDAQ at a value of about $10 m.

BARKAT’S OFFICE replied to the leak on Sunday evening, stating that he is “proud of the fact that he has always paid his taxes in full in Israel, and makes sure to work for a shekel a year in all his public positions.”

His office added that Barkat handed over management of all his business dealings to his brother 18 years ago when he entered the public arena, and that upon entering the Knesset, he submitted documents for blind management plus a full capital statement to the Ethics Committee.

“It should be noted that the law allows a Knesset member to transfer his business to blind management to a relative who was a partner in his business in the past,” added Barkat’s office. “It is difficult to separate the political interests they have felt in publishing this ridiculous ‘investigation’ from the fact that Barkat is marked as one of the leaders who could bring the Likud back to power.”

The Pandora Papers also revealed that negligent conduct by Israelis in east Jerusalem led to a situation in which the British Virgin Islands technically owned properties in Israel’s capital after groups such as Ateret Cohanim failed to pay fees and taxes.

One of the non-Israeli officials highlighted by the ICIJ in its announcement of the massive exposé was Jordan’s King Abdullah II, with the ICIJ revealing that the monarch secretly owned 14 luxury homes in the UK and US worth more than $106 million total.

Jordan received over $1.5 billion in aid and military funding from the US last year, and the EU has agreed to provide the kingdom with over $218 m. in light of the corona crisis.

The Pandora Papers additionally revealed that the king has owned at least 36 front companies in tax havens, although the exact purpose or assets of some of the shell companies is unclear.

Advisers to the king worked tirelessly to ensure that the real estate dealings remained hidden, according to the report, with accountants and lawyers in Switzerland and the British Virgin Islands forming shell companies and shielding his name from public and confidential government registries.

Attorneys told ICIJ that there was nothing improper about owning homes through offshore companies.