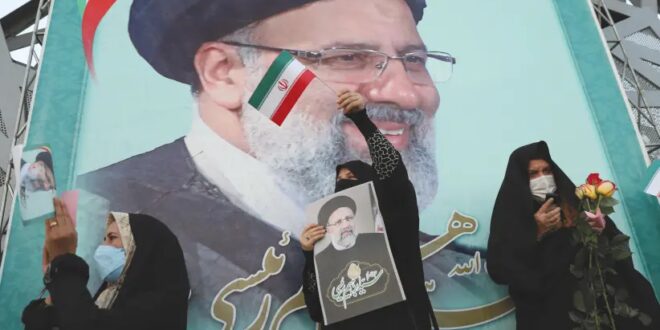 Iran assassinating Israeli businessmen: What is the game plan? – analysis

This would not be the first time that Iran, or its proxy Hezbollah, would have tried to attack or surveil Israelis in Cyprus.

If Iran was behind it, the attempted assassination of Israelis in Cyprus would be part of a long and open account Iran has for Israel.

Tehran has responded by trying to use proxies on Israel’s borders to attack Israel, by using proxies to try to attack Israeli diplomatic officials in India in January and with numerous attacks on Israeli-owned vessels at sea.

All of these methods by which the Islamic Republic tries to retaliate against Israel may be continuing, but the ayatollahs seem to have found another weak link where they can bleed Israel, or at least Israelis.

In some ways, if Iran was trying to assassinate high-profile Israeli businessmen in Cyprus, this could be seen as not that different from going after Israeli diplomatic officials in India.

Of course, there is some difference between going after private Israeli citizens overseas and official representatives of the state.

On the flip side, there has been some speculation that certain private Israelis who were targeted, like Teddy Sagi, may also be part of Israeli clandestine contacts with Gulf countries such as Saudi Arabia.

This also would not be the first time that Iran, or its proxy Hezbollah, would have tried to attack or surveil Israelis in Cyprus.

In 2012, Hossam Yaakoub, a Lebanese-born Swedish citizen, was caught tracking Israelis in Cyprus. He was convicted after confessing he was an agent of Hezbollah.

All of this happened around the same time that Iranian plots to target Israelis were uncovered in Thailand, India, Georgia, Azerbaijan and Kenya.

Shortly after Yaakoub was arrested, Iran and Hezbollah succeeded in killing five Israeli tourists in Bulgaria.

There have been plenty of earlier rounds of Iranian-Hezbollah attacks on Jews overseas going back decades.
Iran picks these targets because it is too weak to take on the Jewish state directly.

Even in the cybersphere, when Iran initiated a cyberattack against Israel’s water infrastructure in the spring of 2020, Jerusalem responded with a far-more devastating cyberattack on a key Iranian port.

Sending an Azerbaijani citizen with a Russia passport, which apparently succeeded at first in throwing Cypriot officials off Iran’s scent and into suspecting a Russian business dispute, would be another level of clandestine planning for plausible deniability.

Besides retaliation, the big games are about how the nuclear standoff of the US and Israel versus Iran will be resolved and to what extent the ayatollahs will be able to continue destabilizing multiple states throughout the Middle East.

No doubt, Iranian President Ebrahim Raisi, who is much more closely aligned with the IRGC than his slightly more moderate predecessor, Hassan Rouhani, would like to establish his bona fides as a force to be reckoned with.

The more pain Iran can deal out to any of its adversaries, the more both that targeted adversary, as well as the West in general, may be averse to a broader conflict and more ready to make concessions on the wide nuclear and regional issues – just to secure quiet and stability.

This time, it appears that either the Iranian proxy, who was caught by Cypriot border officials with a gun and silencer in his car, got careless.

Alternatively, some mix of Sagi’s security team being former Israeli intelligence agents and the Mossad and IDF Intelligence vigilantly following Iran and its proxies throughout the region succeeded in a heroic campaign to save Israeli lives.

But the key takeaway from this incident is that Iran is still very much hunting Israelis overseas, and it is unlikely to stop anytime soon.