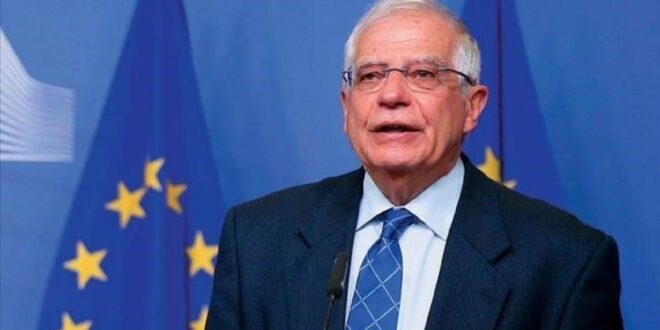 The September 11 of 2001 was the beginning of wide developments which were aimed at countering terrorism and religious extremism by the US and its allies. The EU, as an important international player and in line with its normative policies and procedures, played a role in this country, while the Afghanistan conflict has become a complicated puzzle for many countries and institutions involved in the related issues, especially big powers such as the US, Russia, the EU, and China along with neighbors like Iran and Pakistan.

One of the goals of the EU’s foreign policy and joint security is creating international peace and security and over the past decades the EU has been active in the crises and conflicts across the world to prevent violent conflicts and create peace, among which in Afghanistan. Although the EU is one of the most successful experiences of global peace and has had an influential presence in many peace-making programs around the world, the consequence and result of over a decade of the EU and world community’s efforts and developmental aid to Afghanistan have been disappointing. For years the EU has been divided over the role it should play in defense, especially the eastern European countries’ reluctance, which are strongly dependent on Nato and the US’s support umbrella against Moscow.

In recent days, 27 countries’ requests for expanding joint defense capabilities for rapid response to crises have multiplied , one major tangible reason of which being the Kabul airport’s chaos following the Taliban takeover of power and the Europeans’ reliance on the US for evacuation of their citizens. In this regard, the head of the European diplomacy has said:” Afghanistan showed that our deficiencies in strategic autonomy has a price, and the sole way ahead is to combine our military capabilities and strengthen our will to take action, and if we want to act independently, and not be dependent on others’ decisions, should they be our friends and allies, we must broaden our capabilities.”

On Thursday, September 2, 2021, in Slovenia, the European defense ministers proposed formation of a 5000 strong force in May as part of the EU’s defense strategy revision, and Josep Borrell is hopeful to receive the green light at the next defense session on November 16, 2021, from the member states. However, there are still serious doubts about the ability of the Europeans for completing such a project. The Slovenian defense minister, Matej Tonin, whose country has the periodical presidency of the EU, has been asking for a new defense system that in case of the approval of the majority of member states, the EU will receive its needed tactical groups from the volunteer countries among the 27 states. Kramp karrenbauer, his German counterpart, believes “Afghanistan taught us to be autonomous and act more independently. Meanwhile it is of great importance not to act as a replacement of the Nato and the US.” The volunteer countries’ alliance can permit management of the future crises, a thing that has been welcomed by Biden’s administration.

To Artis Pabriks, the Latvian defense minister, “the union should show it has the political will to use probable European force, and while we are trying for great plans for joint defense of the European union , the main question is if we have managed to employ this rapid response force which has a decade long life?” In this regard, the American diplomacy speaker says that we still believe a stronger and readier Europe is in the US interests and we want the EU and Nato to coordinate to prevent waste of rare resources.

Concerning the EU role in Afghanistan, it has to be said that lack of coordination among the various institutes and countries and lack of a clear perspective and strategy for development and establishment of peace and security in this country resulted in failure of peace initiatives and regional and state stability; because in a parallel measure , the European commission by proxy from the EU has established an office in Afghanistan, and the EU member states have acted in Afghanistan according to their national strategies, and while the union and the member states have stepped into Afghanistan to help establish peace, stability, security and democracy in Afghanistan , but to the opinion of many who have been realistically involved in the problems of this crisis-torn country and have a true analysis of this country, these efforts have not much of an impact on this opioid-hub country. It has to be noted that over the years between 2002 and 2010, the EU and separate member states aids to this country amounted to over 15 billion euros and the EU commission and members have been active in most sectors and areas connected with reconstruction, development, security, humanitarian affairs, military and technical training, strengthening institutional and governmental structures, improving human rights and upgrading the status of civil society in Afghanistan.

The aiding European countries and the countries which supported the Nato, prior to defining their type of presence and financial aid to Afghanistan, pursue getting a true picture of the future of war in Afghanistan, whether the war intensifies or it will end in diplomatic settlement and a possible Afghan government. Another determining factor is ambiguity in the Nato’s presence and capacity in Afghanistan in the future, an ambiguity that makes differences between the European and American partners stand out, in a way that today many politicians in European capitals and even the Nato’s general secretary speak of the shock and surprise of the Taliban takeover of Afghanistan. However, the precise account must be looked for in the US not consulting its European partners and the Nato. This is while most European officials have openly expressed their frustration over the Afghan crisis.

The conclusion is that the Afghanistan’s war’s lessons and mistakes are to be discussed for years. But three points are worthy of special notice. Historically, one of the variables that has endangered victory in counterinsurgency efforts is a safe have in the neighboring countries. This is a pattern existent in most of last century’s insurgencies, suffice to look at the Pakistan case in Afghanistan and its allowing a shelter as a political and supportive decision, and the second issue that is more important is Taliban’s ideological competence.

Those who are experienced in living in Afghanistan’s mountains and bushes, speak of another variable that seems to be to the advantage of the Taliban in the long term. In fact, the winning card of the Taliban is their ability to inspire Jihadi resistance, by far more than the Afghan government’s forces who are crushed mostly by domestic corruption and lack of trust, and their morale has been damaged by organizational culture, and in other words, they had no inspiration and capacity for sacrifice to compete with the Taliban’s worldview. However, the Taliban fights for the so-called faith, heaven and against the unfaithful, but the Afghan army and police fought for money. And the last worthy point is that the world, and especially the European Union should know that the result of occupation is humiliating retreat and acceptance of a historic and humiliating defeat despite spending hundreds of billions of dollars and suffering thousands human casualties; a thing that has made for a vast ground for the Islamic Republic of Iran’s diplomatic maneuvers.

The terrorist group that calls itself the Islamic State Khorasan Province, or ISIS-K, provided one …