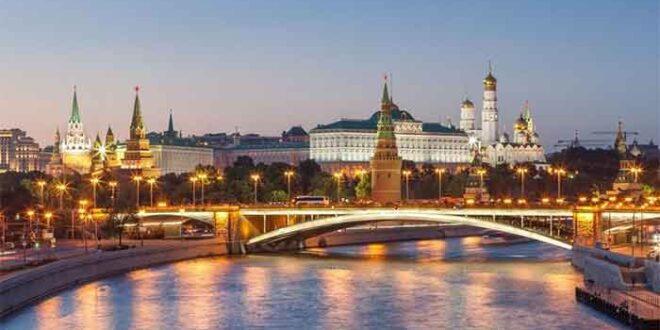 A face-off over Nord Stream 2

The Russian President Vladimir Putin will be delivering “an informative and very important speech and then take part in a plenary discussion” on Wednesday in Moscow at the Russian Energy Week, an international forum on the global energy sector.

Expectations are running high in the energy circles in Europe and in America. Europe is experiencing an energy crisis with burgeoning demand and limited supply triggering a squeeze on gas prices. Last Wednesday, Putin stepped in offering to increase Russia’s gas supplies to Europe.

The issue has huge geopolitical implications. Putin’s offer dramatically brought to the fore that Europe is highly dependent on energy supplies from Russia. Of course, nearly 90% of the bloc’s supplies are imported, with Russia one of the primary sources of imports along with Norway. Russia accounted for over 43% of all extra-EU gas imports in 2020.

To be sure, the recent surge in natural gas prices — and commodities such as oil and coal more generally — is by no reckoning Russia’s creation. Several factors are fuelling the price surge — spurt in demand as economies get back to business and consumers return to pre-pandemic activities; inability of producers to hike output after having suffered heavy business losses through 2020′s unprecedented downturn; depletion of European gas inventory due to the colder and prolonged winter of 2020; inadequacies of the renewable energy industry; rush for natural gas while moving away from coal-fired plants due to the carbon offsets that are pricey; continuing decline in Europe’s gas production and so on.

In fact, Europe is not the only place facing shortage in supplies. Asian demand is also jumping. In some cases, cargoes are bypassing Europe for Asia, where they get better prices!

Paradoxically, Russia has been ready to negotiate new long-term contracts for gas sales. But Europe preferred to reduce the share of long-term deals in natural gas trade and move instead to the spot market (where prices have today surged to record highs.) Putin said last week at a meeting with Russian officials,

“The practice of our European partners has confirmed it once more that they made mistakes. We talked to the European Commission’s previous lineup, and all its activity was aimed at phasing out of so-called long-term contracts. It was aimed at transition to spot gas trade. And as it turned out, it has become obvious today, this practice is a mistake.”

But then, the battle over Nord Stream 2 also happens to be something of a proxy war between the US and Russia, with both vying to gain market share in the European region — Russia with its supply of relatively cheaper natural gas via pipelines and the US with its more expensive liquefied natural gas.

Besides, Ukraine stands to lose as its own pipelines are bypassed by Nord Stream 2 and it will be deprived of billions of dollars as gas transit fees. Poland also opposes Nord Stream 2 fearing that the pipeline only serves to strengthen Russia’s ties with Europe. And Ukraine and Poland are the US’ key allies against Russia.

Washington resents that Nord Stream 2 will strengthen a German-Russian energy nexus if a speedy certification for Nord Stream 2 is forthcoming while Angela Merkel is still in office as German chancellor.

The US has long-opposed the $11 billion Nord Stream 2 project, which Russians have completed much to the annoyance of Washington, given its huge potential to bring more Russian gas to Europe via the Baltic Sea.

The US game plan is to work behind the scene to delay the certification of Nord Stream 2 until Merkel retires and then to get the EU to insist that the pipeline’s operation must be brought within the ambit of the Third Energy Package, a set of rules enacted by Brussels in 2009 designed to increase competition and transparency.

The catch is, as things stand, it is unclear whether Russia will abide by these EU regulations that call for the unbundling of production and transmission operations.

Now, with an energy crisis at the gates, the EU may well decide to expeditiously grant the technical and regulatory approvals so that Nord Steam 2 can forthwith enter commercial operation and greater flow of Russian gas to the European market can begin before the winter sets in, which is, by the way, expected to be particularly severe this year.

Natural gas prices have soared by 600% so far this year and the present extreme market volatility is hitting key economic areas across Europe as well.

The core issues for Washington are: First, the US would have liked the Nord Stream 2 to become operational in a post-Merkel Germany where Gazprom is bound tightly by the EU rules and anti-monopoly regulations.

Second, Russia’s importance as a strategic supplier for Germany is increasing as a consequence of the German government’s 2011 decision to remove nuclear energy from its energy mix. The electricity baseload previously generated by nuclear power plants, currently provided by lignite-fired plants, is expected to be replaced by natural gas imported from Russia using the Nord Stream pipeline.

Overall, Washington apprehends that Russia’s dominant position may strengthen further which could act as a significant constraint on the Western alliance at times of confrontation and pose a risk to allied cohesion.

Lastly, the EU’s market-based approach and transparency and its rules for third-party access serve as a check on the exceptionalism of Germany and France within the group. This is particularly important in the post-Brexit setting. Interestingly, amidst all this, Putin had a 3-way telephone conversation on Monday with Merkel and French President Emmanuel Macron to discuss the conflict in Ukraine and “other international issues”.

This is a high-stakes face-off. Moscow can afford to sit tight and insist that certifying Nord Stream 2 will ease the energy crisis — effectively, wait until its push for fast-track certification is granted.