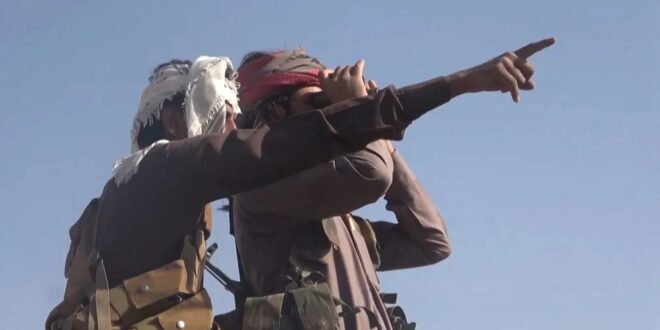 More than 150 Houthi rebels were killed in air raids south of Marib, a major hotspot of Yemen’s civil war, the Saudi-led coalition fighting the militants said on Monday.

Hundreds of Iran-backed rebels died in a resurgence of fighting for the city, which is the internationally recognized government’s last northern outpost.

The coalition said 33 air strikes were carried in the past 24 hours in Abdiya district, leaving 156 rebels dead.

“The targeting process included the destruction of eight military vehicles, and casualties exceeded 156 terrorist elements,” it said, quoted by the Saudi Press Agency.

The operations were carried out “to protect innocent civilians in Abdiya,” the coalition explained.

A military source told AFP that 17 pro-government fighters were killed in the past few days in Abdiya.
The rebels rarely announce casualties in their own ranks and the number reported killed by the Saudi military could not be independently verified.

Yemen is devastated by a seven-year conflict pitting the Shiite Houthi rebels against the government, which is supported by a Saudi-led military coalition.

The Houthis renewed their campaign to capture Marib last month. The resulting clashes and air strikes left hundreds of rebels and loyalists dead.

Tens of thousands of people have been killed and millions displaced since the conflict flared in 2014 when the Houthis seized the capital Sanaa.

The rebels were also blamed for a drone attack on a civilian airport in Jeddah, across the border in Saudi Arabia, that wounded ten people on Friday.

Post Views: 58
Previous Migrants protest outside UN office in Libya for 10th day
Next A face-off over Nord Stream 2