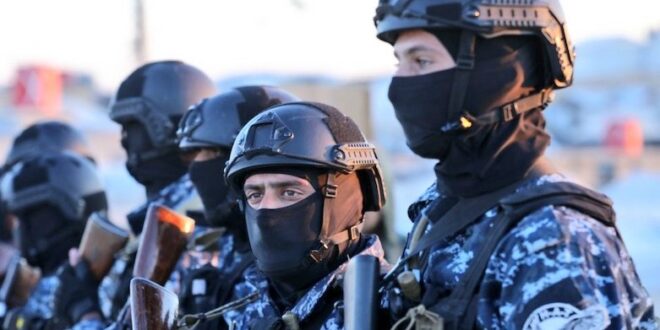 he US-led Coalition confirmed on Tuesday that the Syrian Democratic Forces (SDF) carried out a succesful anti-ISIS raid in the countryside Deir al-Zor, resulting in the arrest of four ISIS suspects.

“Our SDF partners are the first line in defense of the safety and security of the people in NE Syria. Recently, they conducted a successful raid targeting four Daesh-affiliated (ISIS) terrorists in al-Shaafa,” the official Twitter account of the US-led coalition against ISIS confirmed on Tuesday.

Al-Shaafa is a Syrian town controlled by the SDF in Abu Kamal District in Deir al-Zor province.

The coalition also emphasized that it will continue to work with the SDF “as partners to deny Daesh (ISIS) any chance of resurgence.”

The SDF’s Coordination and Military Operations Center said that one of the arrested ISIS suspects was a leader of an ISIS sleeper cell in its tweet on the Shaafa operation on Monday.

It also confirmed the confiscation of weapons and equipment.

On Monday, the SDF also announced it arrested another ISIS suspect in a separate operation in the Deir al-Zor countryside, with support from the US-led coalition.

Although the SDF and the coalition announced the territorial defeat of ISIS in Syria in March 2019, sleeper cell attacks continue in northeastern Syria.

The SDF specified in an tweet on Sept. 26 that ISIS launched 20 attacks in August, killing 15 civilians and security personnel.

ISIS-affiliated assailants also killed 11 people and wounded four others in the notorious al-Hol camp in Hasakah province back in August.

Over the same period, 83 ISIS suspects were arrested by the SDF with the support of the coalition.

Post Views: 145
Previous CIA Creates a Mission Center to Counter China
Next Hamas is increasing its activity in Lebanon and angering Hezbollah