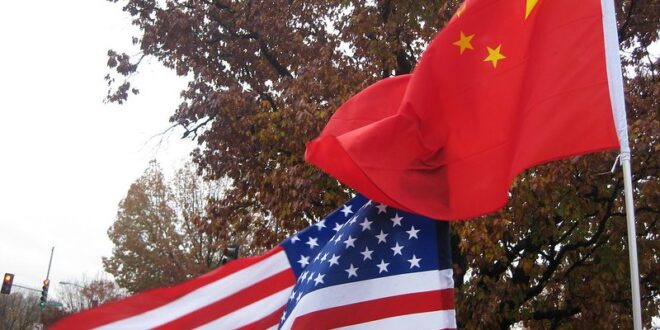 CIA director William Burns has created a new center to focus exclusively on collecting intelligence about China and countering its espionage against the United States. My first reaction was “really…what took so long?” You have to wonder what in the world Burns’ mediocre predecessors (John Brennan and Mike Pompeo) were thinking in creating mission centers regarding Iran and North Korea which represented little threat to the United States. But my second reaction is less facetious and more serious: why is the United States—its president, its politicians, its pundits—hell-bent on creating a Cold War environment and arms race with China? Burns told his work force last week that China is “our toughest geopolitical test in a new era of great power rivalry.”

President Joe Biden has been slow getting out of the blocks on various foreign policy and national security issues, particularly when it comes to China. He has continued the bombastic policies of Donald Trump, leaving tariffs in place over the opposition of American business leaders and concluding a treaty with Australia to provide nuclear submarine technology. The United States hasn’t provided such technology to any nation since the late 1950s, and the Australian treaty violates the spirit of the Non-Proliferation Treaty of the late 1960s. Meanwhile, there are bipartisan majorities in the Congress supporting increased defense spending and modernization of nuclear weapons in order to counter Brennan’s description of the Chinese threat to “international order,”

China’s response to the surprising submarine deal was quick and forceful. Last week, nearly 150 Chinese warplanes were flown into Taiwan’s air defense identification zone, placing military tensions between China and Taiwan at their worst level in four decades. China’s President Xi Jinping didn’t mention the flights in his speech commemorating the 1911 revolution that overthrew China’s last imperial dynasty. But he did vow to achieve a peaceful “unification” with Taiwan.

Biden has assembled a hard-line national security team on China, particularly at the National Security Council. National Security Adviser Jake Sullivan, his deputy Kurt Campbell, and the director of the China staff Rush Doshi are hard-liners vis-a-vis Beijing. The new deputy assistant of defense for Indo-Pacific security, Ely Ratner, is a Sullivan acolyte and far to the right on dealing with China. The Department of Defense and the intelligence community, particularly the CIA, are exaggerating the China threat just as they exaggerated the Soviet threat during the Cold War. The CIA continued to trumpet the Soviet threat in the 1980s as their East European empire, the Warsaw Pact, and even the Soviet Union itself were falling like a house of cards. The mainstream media, particularly the editorial pages of the Washington Post, aid and abet the bloated warnings.

Meanwhile, the Department of Defense prepares for confrontation with China, and issues worst-case assessments of Beijing. The recent war scare in China required several calls from former secretary of defense Mark Esper and Chairman of the Joint Chiefs Mark Milley as well as the postponing of a naval exercise in the South China Sea to calm Sino-American waters. An underwater collision involving a U.S. nuclear attack submarine in the South China Sea last week should serve as a wake-up call to the policy and political communities mired in group think on China. According to one of the country’s leading Sinologists, Lyle Goldstein, a research professor at the Naval War College, leading Chinese foreign policy experts have compared the dispute in the South China Sea to the Cuban Missile Crisis.

We hear nothing from the departments and agencies of government that could address the issue of China more modestly and realistically by providing political and economic measures to enhance bilateral relations and temper the public atmospherics. The Commerce Department should be focused on economic security and civilian technology in order to counter the Pentagon’s emphasis on military security and technology. According to a recent Politico article, the Commerce Department’s Bureau of Industry and Security—central to technology trade with China—suffers from a lack of strategic direction and insufficient resources. There is no discussion of returning to the Washington-inspired Trans-Pacific Partnership, a regional trading association best suited to containing China’s economic power in East Asia.

The Department of State remains understaffed, and there is no suggestion of the kinds of arms control measures that could address tensions in U.S.-China relations. Secretary of State Antony Blinken has surrendered his traditional role in bilateral diplomacy to National Security Adviser Sullivan, who has been the administration’s public voice on relations with Beijing. There is ample basis for a significant strategic dialogue between the United States and China; they share many concerns in East Asia, particularly North Korea’s missile program.

The agency of government that we sorely need is the one that President Bill Clinton eliminated 25 years ago—the Arms Control and Disarmament Agency. The key to establishing an effective dialogue with China would be arms control, but the Department of Defense recently removed its assistant secretary of defense for arms control and disarmament. The two powers need rules of the road for navigating the South China Sea. The United States could limit its aircraft carrier deployments; China could limit its anti-ship forces. And both sides need to stop the China-bashing/America-bashing syndromes that have worsened over the course of the pandemic.

Instead of nominating a serious luminary as ambassador to China, the Biden administration has nominated Nicholas Burns, a veteran foreign service officer with a modest background in Asian affairs. Burns was a hard-liner on the subject of the Soviet Union, a strong supporter of the Iraq war in 2003, and—upon retirement—joined the Cohen Group, a lobbying organization for arms manufacturers. He has often referred to Edward Snowden, a whistleblower, as a “traitor,” particularly because of his flight that took him to China.

Even the U.S. trade representative, Katherine Tai, has issued an official statement that stressed the importance of tariffs and export controls as central to the Biden administration’s approach toward China. Donald Trump’s disastrous tariff war with China amounts to an annual hidden tax of $620 on each and every American household. President Biden has not indicated that he is willing to join the TPP or end the tariff war.

The United States could easily tone down its propaganda. The U.S. strategic position is still unassailable, even in East Asia, with military superiority in various domains. China lacks strategic allies. The United States has important relations with Australia, Japan, India, South Korea, and various Southeast Asian states, a grouping which is beginning to resemble an anti-China partnership. China is making no effort to project power into regions outside of its neighborhood; the United States has hundreds of facilities and bases the world over. President Biden needs to end the militarized approach to Asia, and institutionalize a serious bilateral dialogue.